Residents of Busura village in the Kombo Central District, West Coast Region (WCR) have threatened to attack Talokoto village in Kombo East District if the government fails to resolve their decades-old land dispute in three weeks. 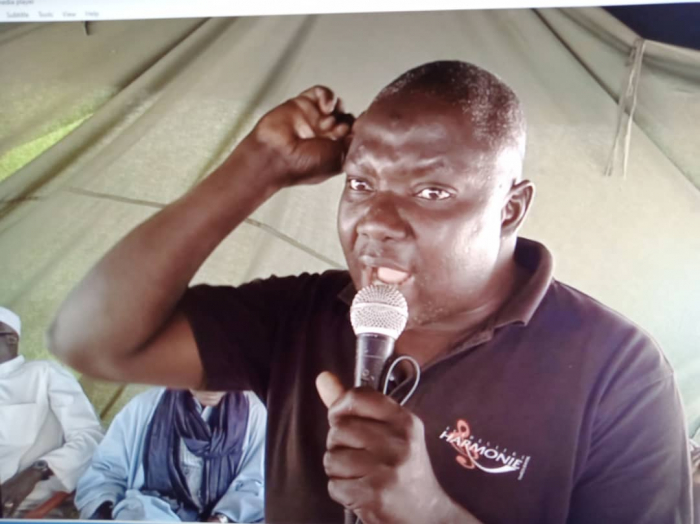 The people of Busura village have accused Olimatou Colley, head of Talokoto village and her close associates of claiming ownership of their 68 hectares of land believed to be located in Busura Community Forest.

Busura residents further accused Madam Colley of continually selling the land and allowing people to build homes there for her personal interest.

The Kombo Central village also accused Madam Colley of disrespecting a tribunal ordering both parties to avoid investing on the said land until its rightful owner is known.

Speaking in a presser held at Busura village on Friday, chairperson for the Village Development Committee (VDC), Luntang Jatta, said: “There is no compromise now. If the government fails to take any measures to resolve the land dispute in three weeks, we will go and attack Talokoto village.”

“We will do that because I have spoken to my boys about that (attacking Talokoto village) and the village head stopped us. We will do that and we will demolish all their buildings on the land. This is what I wanted to say.”

Meanwhile, an old man was heard condemning the VDC chairperson for making such despicable comments. But the VDC chair further argued that if someone dies on the ground as result of fighting over the land dispute, the government would definitely be held responsible for that.

Justifying his comments, Mr. Jatta claimed that the residents of Busura village had now done enough to resolve the dispute peacefully.

Alieu A. Fye, head of Busura village, said the land dispute has been ongoing since 2015 and yet unresolved. He accused Olimatou Colley, head of Talokoto village of claiming ownership of the 68 hectares of land located in his village’s community forest without justification.

A document dated 2 May 2017 has shown that former governor of WCR, Ebrima Mballow advised the chiefs of Kombo Central and Kombo East to tell the two communities to avoid the land until the rightful land owner is known.

However, Mr. Fye alleged that Olimatou Colley is still selling the land despite the directive of former governor Mballow.

Fye said at some point he drafted a comprehensive report about the land dispute and addressed it to the chiefs of Kombo East and Kombo Central districts, copied the report to various concerned authorities such as the governor of WCR, Inspector General of Police (IGP), State Intelligence Services (SIS) and Physical planning.

But he said despite this effort, the land dispute still continues as his counterpart maintains her position.

Fye said the people of Busura village do not want any form of violence over the land dispute. In this regard, he called on the government to make justice prevail for his village to ensure they regain their land.

For her part, Olimatou Colley, the leader of Talokoto village, denied claiming ownership of any land belonging to Busura. She argued: “That land is situated in my village and not in Busura village.”

“The land is located inside Kombo East District. I am in my village and not in Busura village,” she further argued.

On the proposed attack, Madam Colley said her village will not violate the law of the land and added she is waiting to see Busura violating the laws by invading her village.

“Let them come,” she strongly concluded.