The British High Commission Banjul has organised the 2020 Act of Remembrance at the Commonwealth War Graves Cemetery. 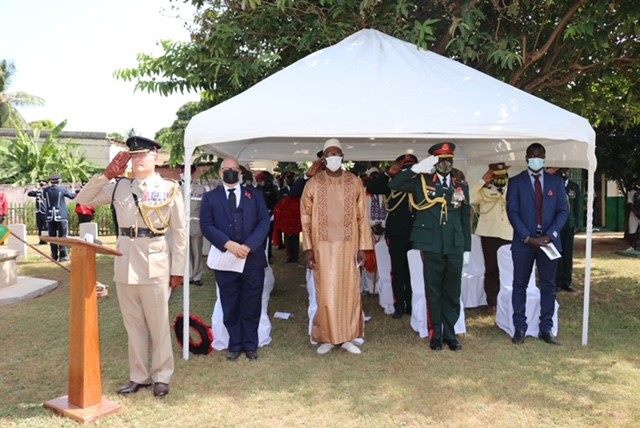 In the presence of Gambian veterans and their families, representatives from the Gambia Armed Forces, Gambian Police Force, faith leaders, and members of the diplomatic corps, dignitaries and members of the public, the occasion provided an opportunity to recognise the important contribution, heroism and bravery of the West African forces during both World Wars.

During the ceremony, the assembled guests observed a two-minute silence and laid poppy wreaths to commemorate all those who, during the two World Wars and other conflicts since, sacrificed so much to secure and protect our freedom.

High Commissioner, David Belgrove, said during the Second World War, Two West African Brigades took part in the successful Campaign in Italian East Africa and two Divisions made their contributions to victory in Burma.  Of particular note is the battle of Mowdok where the 1st Battalion The Gambian Regiment was honoured.  As part of the 81st West African Division they did a great deal to turn the tide of war in Burma. The bravery of those soldiers - all of whom were volunteers, is remembered with pride, together with that of the Forces of other Commonwealth Countries.

Just two weeks ago we celebrated 75th anniversary the establishment of the United Nations, an organisation established as a consequence of WWII, to avoid such a terrible conflict ever happening again.  “I should also on this day like to acknowledge those who continue to serve in the cause of peace and security. I know the Gambian Armed Forces are justifiably proud of their contribution to UN and African peacekeeping missions. We wish them - and all who participate in these operations, success in their missions and a safe return home upon their completion. 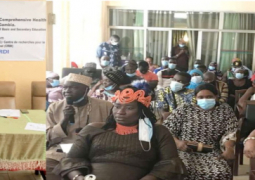 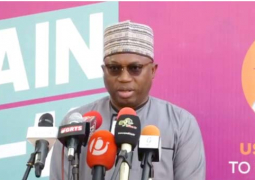 Finance minister spars with lawmakers on legality of D700m

It was a heated debate between the Finance minister and members of the FPAC committee, as they sparred on legality of the money used by President Barrow as food aid package to Gambians.