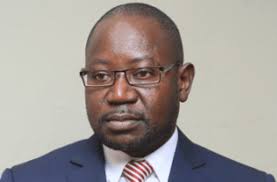 The ECOWAS Heads of State and Government held their 58th Ordinary Session on 23 Jan. 2021 where they decided to extend the mandate of ECOMIG for a period of 12 month from 1 January 2021 and transform it into a police mission after December 2021 elections.

Opposition parties in reaction to the news, said the decision by President Barrow poses threat to the country’s sovereignty.

Dodou Jah, deputy spokesperson for Alliance, Patriotic, Re-orientation and Construction (APRC) in an interview with The Point, said the decision of the president to delay ECOMIG mission till after elections without having parliamentary approval is indication of power abuse and sign of dictatorship.

“I have been saying this, anytime issues of the national security arises, it has first have the approval of the National Assembly. But what we have seen President Barrow doing to our security and sovereignty tells us the lack of concern he puts on our sovereignty as a nation,” he said.

He said for European Union to assist ECOWAS Member States to send in police units into the country after the mission pays no interest to the country, adding that fund should have given to The Gambia government to empower the Interior Ministry and to train the police.

“And one of the social security fears I have is that those planned police units from the ECOWAS countries never have the social, cultural and political experience of our country.”

“So what is the importance of allowing the support of police units from those nations as if we do not have our police units? This is a serious national security threat which all Gambians should not accept and we should reject it,” he declared.

Mai Ahmed Fatty, the leader of the Gambia Moral Congress (GMC) in a Facebook post states: “Extending ECOMIG to a police mission is unnecessary, ill-advised and unwise decision. It is woefully unfortunate, against our national security interest and undermines our sovereignty. I am optimistic that the opportunity to implement such a defective decision next year, would be denied,’’ he stated.

Madi Jorbateh, an activist wrote: “I hereby state my total and complete opposition to this decision by the ECOWAS. I hereby condemn President Adama Barrow for agreeing to such a terrible decision that undermines national security and national unity,’’ he said.

The ECOWAS leaders including President Barrow recently converged for their 58th Ordinary Session where the decision was reached. 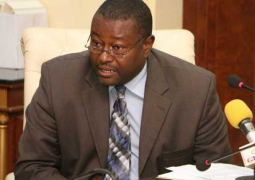 The National Human Rights Commission has indicated in their 2021 general registration of voter’s report that the number of attestation forms requested during the registration process was high due to factors such as ineligibility based on lack of proper documentation, possession of invalid documentation, etc, Foroyaa reports on Wednesday. 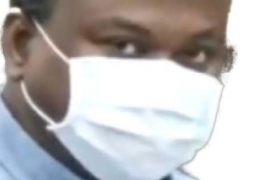 His Excellency President Adama Barrow has declared all “lumo” markets throughout the jurisdiction of The Gambia open.