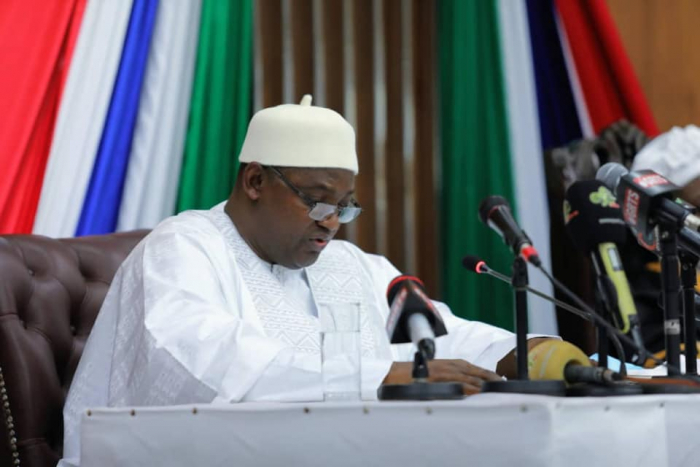 The president was speaking on Thursday at the National Assembly on his yearly State Of the Nation’s Address (SONA) held in Banjul.

“I renew my promise to the people of this beloved land and the international community to commit myself to the principles of democracy, good governance and the rule of law within the framework of serving my people and my country selflessly and devotedly. In this regard, I ask for your continued support and cooperation,” he stated in his concluding remarks.

With support from UNDP, Barrow explained that the Ministry of Justice succeeded in developing a Strategic Plan (2021-2025), and revised the 2013 Sexual Offences Act, the 1994 Evidence Act and the 2016 Legal Practitioners Act.

He added that the legislative reforms and Transitional Justice Process commenced in 2017 resulted in the presentation of various bills to the National Assembly, saying these range from matters of crime, human rights and freedom to amendments of discriminatory laws against women. He said they hope to have all pending bills enacted and implemented eventually.

President Barrow further indicated that consultations and dialogue are continuing to build consensus on a Revised Draft Constitution. He said his government will provide support for that to happen amicably.

“On policy, the Ministry of Justice now has a National Human Rights Policy and Action Plan, 2021-2025. The Government Ministries, Departments and Agencies will implement the Action Plan jointly with national and international agencies and partners.”

“Externally, The Gambia signed and deposited the Instrument of Ratification for The Gambia's Accession to the African Regional Intellectual Property Organisation on trademarks, otherwise known as the Banjul Protocol. It came into effect in May 2021. Hopefully, it will lead to more investments in The Gambia and boost revenue generation.”

Regarding registration of businesses and companies, Barrow revealed that the Single Window Business Registry (SWBR) registered a 21% drop in revenue from March and June 2020, compared to the previous year. He added that from January to August 2021, 1500 companies were registered, compared to 1340 during the same period last year.

He continued that the UNDP has supported the ministry to review the Alternative Dispute Resolution Act (2005) this year, in order to incorporate more progressive provisions on dispute resolution.

“The Judiciary Five-year Strategic Plan launched in January 2021 provides a solid framework to promote an independent, effective and efficient justice system. We look forward to the forthcoming donor conference, with UNDP assistance, to secure funding for its implementation.” 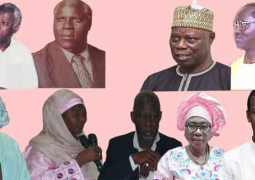 The late Vice President Badara A. Joof passed away in New Delhi, India, on 18 January and was buried on 23 January 2023 in Banjulinding, West Coast Region, The Gambia. 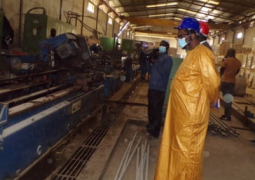 As he embarked on a weeklong industrial visit to different companies, agencies and departments, the Honorable Minister for Trade, Industry, Regional Integration and Employment (MoTIE) has disclosed that his Ministry considers industrialisation a necessary factor to The Gambia’s economic development process. 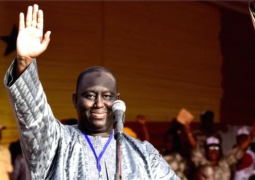