Days after EU raised concern over sluggish reform process in The Gambia, President Adama Barrow on Thursday reiterated government commitment to institutional reforms in line with what he referred to as “global standards and best practices,” according to a dispatch from State House.

Mr. Barrow was speaking while presiding over the swearing-in of Supreme Court judges, president of the Court of Appeal, judicial secretary, the Ombudsman and minister of Youth and Sports.

Describing the occasion as government’s continuous search for Gambians to partake in institutional buildings, President Barrow said: “The continuous review of our reform programmes makes it necessary to set new goals for our institutions, review our laws and procedures, and continually improve output by creating and maintaining, at all times, a positive attitude to work and nation.” He added that such appointments clearly show the importance of collectively working together to achieve national objectives.

“Credible institutions are not mere structures with furniture and equipment. Through systems that operate to serve the public, they are made functional by the good character, intelligence and expertise of the people who staff them.’’ President Barrow observed.  The Gambian leader urged the appointees to commit to improving on their performances and the output of their offices.

In her statement, the newly appointed Justice of the Supreme Court, Justice Awa Bah, hailed the President for accepting the recommendations of the Judicial Service Commission, while commending his commitment to the independence of the Judiciary.

“Today, we are proud to say the Judiciary of The Gambia under the new Gambia has for the first time in its history not only a Supreme Court with a panel of five Judges who are all Gambians but also a Court of Appeal with an unprecedented compliment of Gambian Judges. This indeed is very reassuring that justice delivery by capable sons and daughters of this land is at the heart of this administration.’’ She remarked.

The newly appointed Minister of Youths and Sports, Hon. Bakary Badjie thanked the President for the confidence bestowed on him to lead such a vital Ministry. To meet the requirements of today’s realities, he said young people should be at the fore of national development, through the identification of their skills and talents to actively participate in public administration.

“I desire to attain maximum participation and excellence in sports and sporting activities at national and international levels. This we cannot achieve without the right investment and support from Your Excellency, the Cabinet and all other stakeholders.’’ He noted.

In his remark, the Chief Justice, His Lordship Hassan B. Jallow said hard work and integrity are crucial in appointments in the functions of the state.  He seized the opportunity to call on the government to continue to support the Judiciary with resources to enhance their operations.

The ceremony was witnessed by Her Excellency, the Vice President Dr Isatou Touray, ministers of Justice and Fisheries and Water Resources, Honourable Dawda Jallow, and Honourable James Gomez respectively, officials from the Judiciary, the Secretary-General and Head of Civil Service, Noah Touray and was moderated by the Secretary to Cabinet, Mr Ebrima Ceesay. 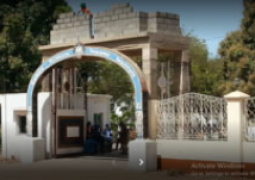 Since the inception of the Covid-19 Pandemic, The Gambia Technical Training Institution (GTTI), the country’s highest technical institute has faced numerous difficulties when it comes to production, learning, and students’ financial constraints. 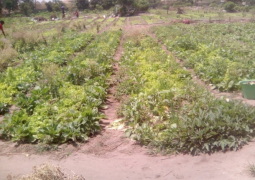