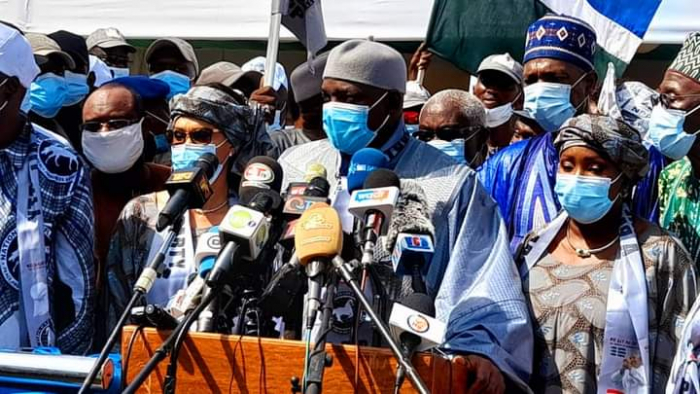 President Barrow was speaking to journalists yesterday at the Election House shortly after submitting his nomination papers to the IEC officials along the Bertil Harding Highway. The President was accompanied to the Election House by his two wives, the vice president, cabinet ministers, and executive members of different political parties which form an alliance with the NPP and thousands of party supporters.

Responding to questions from journalists, Barrow said his administration is committed to national development, adding: “I have a slogan that if there is no infrastructure then there’s no development, thus I will continue on my infrastructural development from where I stopped in my last five years.”

Mr. Barrow also used the opportunity to express condolences to the bereaved families of five party supporters who died in a road accident while coming to attend the nomination on Wednesday.

Asked whether he would publicly declare his assets, President Barrow said: “Assets declaration is part of the condition of the IEC, thus I have already declared my assets to the officials of the IEC when I submitted my credentials. In fact, it is part of the rules and regulations of the country’s Independent Electoral Commission. 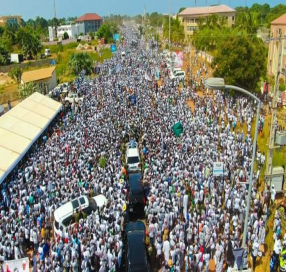 On the outcome of the December 4th Presidential election, the Gambian leader further added: “Whatever Gambian people decide, I will respect it because I am a democrat and I believe in the principles of democracy and rule of law. It’s the Gambian people who make the decision.”

Meanwhile, Essa Mbaye Faal, former Lead Counsel to the TRRC, accompanied by his wife with hundreds of his supporters also on Thursday submitted the necessary documents to the IEC officials.

Speaking to journalists shortly after, Essa Mbaye Faal said: “Gambian people especially the young people are all yearning for change. Gambians are expressing their dissatisfaction about the current status quo, thus that’s why I am standing here before you.”

Mr. Faal accused the NPP of sabotaging his nomination on Thursday, claiming: “The NPP hijacked most of the vehicles that I already rented to transport my supporters to the electoral house. The NPP decided to double-price the amount of money that we already had agreement with the drivers. I am really disappointed and obviously this is done by the NPP.” 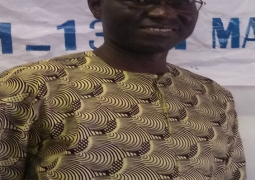 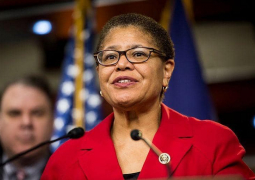