The one kilo metre (1km) road links Banjulinding village and Sinchu Alhagie village. The project was initiated by Kunkujang Keitaya Ward councilor, sponsored by BAC in partnership with Fouta Enterprise.

The Brikama Area Council in consultation with Geology Department of the Gambia facilitated the provision of the gravels while Fouta Enterprise transported over fifty trips of gravels from the mining site to the construction site.

Speaking to journalists at the project site, Lamin Singhateh, public relations officer for BAC, said the council embarked on such road construction to implement its 2020-2024 strategic development plan that aims to bring development to the doorsteps of the tax payers.

He described the project as important, saying it would ensure smooth transportation of goods and services within the area. “We believe if this road is in a good shape, it is going to improve access to goods and services; equally decongest the current traffic blockage within the surrounding,” he added.

Singhateh commended residents of Kunkujang Keitaya Ward for coming up with such valuable initiative to the council as well as partaking in the development process.

Fatou Jallow, the ward councilor for Kunkujang Keitaya, commended BAC and its partners for constructing the feeder road. She said the road has been in poor condition over the years and had severely affected the residents.

Madam Jallow recalled that at some point, a woman died within the ward during labour as result of the poor road network. She said there was no car to transport the pregnant woman to a health facility due to the nature of the road.

“Time past, even if you pay a taxi driver two thousand dalasi (D2000), he would not drive through the road because of its poor condition,” she recalled.

He said following that incident, she (the councilor) launched a campaign aimed at constructing the road, adding the campaign has led to the current road construction.

Pa Mansour Jobe, chairperson for Sinchu Alhagie Village Development Committee (VDC), thanked BAC and its partners for the timely intervention while describing the road as important to the residents. 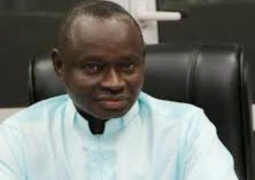