Deputies at the National Assembly on Tuesday referred the appointment of Rtd. Col. Momodou Ndow Njie and Yusupha Dibba as members of the Armed Forces Council to the Standing Committee on Defence and Security at the parliament for scrutiny.

Sheikh Omar Faye, the minister for Defence, who tabled the motion, informed members that there has never been a functional Armed Forces Council in the history of The Gambia.

He added that the establishment of the council with that calibre of people will significantly assist in the oversight processes and democratic civilian control of the Armed Forces. The roles of the Armed Forces Council are clearly stipulated in section 189, sub-section 2 and 3 of the constitution.

According to Defence minister, Rtd. Col. Momodou Ndow Njie was one of the founders of The Gambia National Army in 1984 and became the first commander in 1984. He attended several military trainings in The Gambia, United Kingdom and France. He has vast experience about The Gambia Armed Forces and very knowledgeable in military operations. He also served as the ambassador of the Republic of The Gambia to France.

He also talked about Yusupha Dibba, who he said has M.Sc in International Agricultural Development from the University of California Davis, MA degree in History and Political Science from the University of Bostwana and Swaziland as well as BA in Sociology, Economics and History from Botswana. He is a retired civil servant and had served in various ministries and capacities, including the Ministry of Defence as permanent secretary. He also served as the ambassador of the Republic of The Gambia to Cuba.

“In Pursuance of the 1997 Constitution of the Republic of The Gambia section 189 sub section (1), and as part of the Security Sector Reform on Defence, His Excellency the President and the Commander-in-Chief of The Gambia Armed Forces has granted approval for the establishment of the Armed Forces Council.”

The Gambia has registered one new covid-19 related death, according to the 185th COVID-19 situation report of The Gambia for 2 November 2020 (published on the 3rd November 2020). 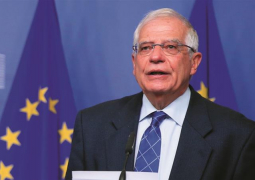 In statement delivered by High Representative/Vice President Josep Borrell on the current political situation in the country, European Union (EU), acknowledges its pivotal role in supporting The Gambia’s democratic transition. However, it further admits slow pace of progress in the entire reform project. 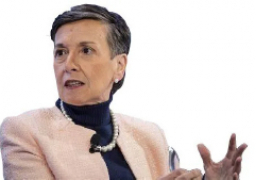 Transparency International’s 2022 Corruption Perception Index has ranked The Gambia among the most corrupt states, as the country scored 34 out of 100 and ranked 110th out of 180 countries.