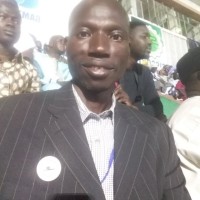 This means The Gambia Democratic Congress (GDC) led by Mama Kandeh, is now left with only two lawmakers at the legislature.

Hon. Jallow made this announcement at meeting held in Japineh, as President Barrow continued his nationwide Meet The People’s Tour.

“As of today, I am informing you that I have now officially joined NPP. The president is working towards the interest of my district, the region and the country at large." He stated.

Commenting on the reason why he (Jallow) fell apart with the GDC, he said the fact is that the leader of the GDC, Mamma Kandeh, asked them not to attend President Barrow's meetings.

“I told Mamma Kandeh that I am representing the people of Jarra Central, thus if the president is having a meeting in the district, it's important that I attend such forums with a view to highlighting some of the issues affecting my district so that the president will address them. This is the first problem I had with Mamma Kandeh. The GDC leader made it clear to us that he doesn't want any of his party lawmakers to attend Barrow's meetings. I think this was wrong and I decided to attend Barrow’s meeting last year at Jallengbereh village."

The second problem he had with the GDC leader, he revealed, is that Mamma Kandeh told them not to support the Local Government Amendment Bill that was taken to the assembly.

“Kandeh said whoever support the bill is empowering President Barrow. I was part of those lawmakers that supported the Bill. This is why I had problem with the GDC. Thus, I’m happy to announce that after consultation with my people, I’m declaring my total loyalty to Barrow and his NPP."

On some of the challenges his people are facing, the former GDC lawmaker cited lack of accessible roads, clean potable drinking water, among others.

According to him, the road from Japineh connecting other satellite villages is in a deplorable state and thus appealed to President Barrow to help them construct a good motorable road in the area that will extend all the way to the river side.

Lamin Ceesay of Suluko village informed the president that Niorro Jattaba road is also in a bad state, further informing that there's no hospital in Kabada.

Given the fact that Jarra Central is predominantly a farming community, Mr. Ceesay urged the president to help them boost agricultural activities in the area.

He assured the Gambian leader of landslide victory come the 2021 presidential elections.

Elsewhere, at Jarra East meeting, locals appealed to the president to help them overcome some of their nightmares, which they say, ranges from acute water shortage, poor road connectivity, lack of ambulances as well as vehicle for police patrol.

Responding to the concerns raised by people in the area, President Barrow assured of his government’s commitment in addressing the challenges faced by people in rural Gambia.

Barrow expressed his government’s resolve to electrify the whole country before the next five years. 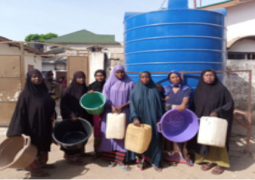 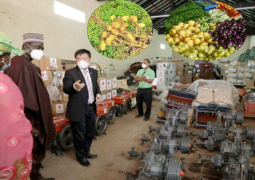 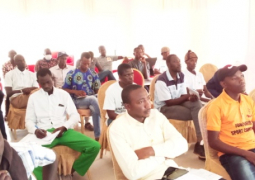