Demba Sowe, assistant Inspector General of the Gambia Police Force (GPF) yesterday said that people must come forward to report cases and do away from the silence tradition as regards to gender based violence.

AIG Sowe was speaking during the commencement of a nine-day intensive training for personnel of the GPF on investigations of Sexual and Gender Based Violence organised by GIZ, a joint German-EU support to the Gambia.

He said the training is informed by a government policy which dictates the areas that the government and in particular the security services gaps. One of the gaps is Gender Based Violence investigations.

“By the end of the training, we are looking forward to seeing officers whose capacities are built to the limit so that we would be able to respond to the needs when it comes to investigations,” he noted.

“Apart from ensuring professionalism in whatever we do in dealing with the victims and suspects, we are looking up to prosecuting the cases to the courts.”

The training he added, will help a great deal in ensuring that the capacities of Gender Based Violence investigators are built to respond to the needs of the Gambians and also ensure that officers manifest professionalism in dealing with suspects in whatever it takes as far as investigations are concern.

He commended the German government for helping The Gambia Police Force in ensuring that there is active reform. “We cannot do what it takes in meeting the international standards without our capacities being built.”

For her part, Dr. Marian Popp, project manager of GIZ, said the objective of this training reads to equip the Gambia Police Force’s SGBV investigators with the knowledge and skills required to conduct effective investigations, collect and store useful evidence that can be presented in a court of law during criminal prosecutions.

She added that the objective sounds very clear and straight forward as it does not hint at any difference between SGBV cases and other offences such as burglary, murder or drug trafficking.

However, she said in contrast to the above mentioned forms of crimes, SGBV cases are particularly difficult to investigate and prosecute because they in most cases happen in the middle of our society.

The senior project coordinator of the German Police Support Team in the Gambia, Sven Stadtrecher, pointed out that police response to violence against women and girls must be provided with due diligence and must not cause further harm or secondary victimisation to survivors.

He added that the UN statistics division shows that less than 1 in 10 women who seek help after experiencing violence turn to the police, and only a minority of cases of GBV is ever formally reported to the police, with fewer cases resulting to convictions. 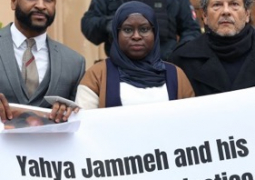 Gambia’s former dictator must be tried without delay, says RSF

Reporters Without Borders (RSF) hails the decision by Gambia’s government to accept almost all of the recommendations of its Truth, Reconciliation and Reparations Commission (TRRC). This is a huge step in the fight against impunity for the crimes committed under former President Yahya Jammeh, including crimes of violence against journalists, says RSF, calling for his rapid extradition from Equatorial Guinea so that he can stand trial. 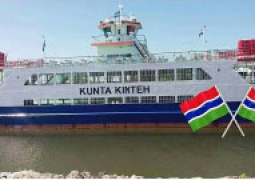 Director of Health Promotions and Education has confirmed full functionality of Covid-19 toll free number following reports and fury over it not being answered when called.