A release sent to this medium indicates that “96 remanded prisoners whose cases are pending in various magistrates courts across the country are expected, with the assistance of the National Legal Aid Agency in collaboration with the Gambia Bar Association, to make applications for bail for their release from custody.

The move, the release further added, is part of concerted efforts designed to ultimately decongest the prisons within the context of covid-19. “In this regard, the Hon. Chief Justice has directed all magistrates to deal with these applications expeditiously as and when they come to their courts.”

The Hon. Chief Justice, acting under the provisions of section 143(1) of the constitution, has directed that public court proceedings resume on Monday, 25 May, 2020, following their suspension due to the covid-19 pandemic.

In the memo announcing the resumption, His Lordship “ordered that priority is given to criminal cases particularly of person in custody. However, where the courts had no criminal cases, the focus should shift on civil work.”

The release further added that Chief Justice  directed that not more than three cases were to be scheduled daily and that each case was to be allocated a designated time for hearing to avoid overcrowding in the court rooms.

“The resumption order issued by His Lordship further limited the number of persons in the court rooms to not more than 10 who must be sufficiently physically distanced to conform to the measures announced by government to prevent the spread of coronavirus.”

In addition, the release said, the Chief Justice set up the judicial corona response committee which was chaired by Hon Justice Landing M. Sanneh to make necessary arrangements to ensure security and health safety in the courts. “The Committee has since introduced measures which had been approved by the Chief Justice for implementation in all courts.”

In a related development, the Hon. Chief Justice has designated the refurbished Mile 7 Bakau premises of the Judiciary as a High Court Annex and assigned newly appointed Judge of the High Court, Hon Justice Zainabou Nguie-Mboob, to preside over cases in that court.

In a similar vein, another new judge of the High Court, Hon Justice Momodou S.M. Jallow, has been assigned to sit at the High Court Annex located in the Bundung Magistrates’ Court premises.

Hon. Justice Landing M. Sanneh, also newly appointed will serve as the itinerant Judge in the provincial High Courts at Basse, Janjangbureh and Mansakonko and at the Banjul High Court Annex within the Banjul Magistrates’ Court premises. 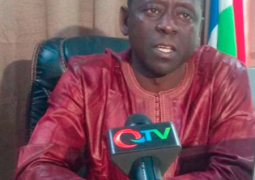 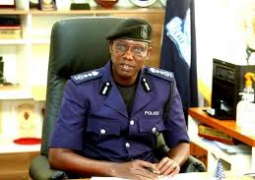 The Inspector General of Police, Abdoulie Sanyang continues the final phase of his nationwide tour of security installations across the country, with expected visits to state security outfits in Banjul this week to bring an end to almost a three-week fruitful engagement.

GRA gears up for latest technology

The Gambia Revenue Authority (GRA), is currently bracing up through rigorous staff training on Installation of ASYCUDA Worlds System, - the latest technology for GRA to be used in revenue mobilisation.