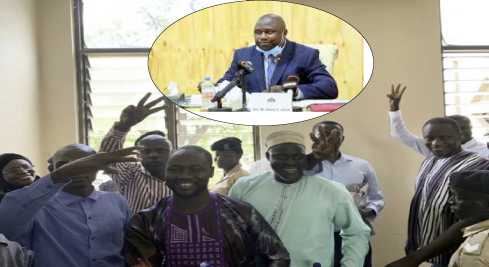 This comes after Justice Minister and Attorney General Dawda Jallow in a statement issued on Tuesday, said all the criminal proceedings against the group have been halted.

"The Honourable Attorney General and Minister of Justice has taken the decision after careful consideration to put a halt on the criminal proceedings against the accused persons charged with various offences under the criminal code in respect of the activities arising from the incident of the 26th day of January 2020 popularly called 'Three Years Jotna'," the statement read.

The statement claims the AG is under no obligation to state the reasons for the decision but went on further to say the gesture was taken in consultation with President Barrow and within the spirit of Ramadan.

It stated that the decision was taken to promote peace and reconciliation among stakeholders in the political process ahead of the December polls.

However, the spokesperson of the movement Hagie Suwaneh has reservations about the decision.

"I really appreciate it in a way but in another way is just a thing that I believe the Jammeh system of the judiciary for the government or state to file nully; to discharge or discontinue cases like such because this was not the first time it occurred," he said. "It occurred when we were rearrested and they filed a nully after all we were just kept away from the courtroom then we were rearrested."

He cited former Secretary General Momodou Sabally's case when he was discharged and rearrested under former President Jammeh's rule.

"So if the state of Barrow, really discharged, if they do it based on justice, I'll commend them but for me it's going to be early to commend them on this effort because I think there is a tactic behind it because this is not the first time it applied and then also if they have done the right thing at the right time, the whole world will commend them.”

"Taking the decision the first time but we were rearrested meaning this is the right thing at the wrong time, this is not the right time for them to do it because they know since inception they have no case against us, they only tried to waste our time, they know they have no evidence to prosecute against us."

He claimed if it is based on humanitarian grounds, the decision should have been taken earlier.

"I am not fully convince and I cannot be convinced because they have done it before, they have done it not only to me but in the previous regime, we have seen the same, most of the legal advisers that were aiding and abetting the old regime, it's the same people, most of them are back in the system advising the president on something that they think will favour the president."

For the executive member of the banned movement the decision may be a ploy from the Barrow led government to silence them.

"The only thing I have, I'll continue to him accountable, if they want let them re-arrest me, if this is a plan that is done judiciously, they have done the right thing but if this a plan that they wanted to watch me to put surveillance on me so that if hold the government accountable, to re-arrest me again and add some malicious charges against me it's not going to be a surprise to me because it's not the first time."

After reaching out for clarity on what he means to halt the criminal proceedings against the group, AG and Justice Minister Jallow said "we are completely discontinuing the case and letting them free."

It could be recalled that the executive members of the group were charged with various offenses including Unlawful assembly, riotous demolishing of buildings and rioting after proclamation contrary to Sections 69,74 and 76 of the Criminal Code laws of the Gambia.

They have been bailed twice after arresting them twice. 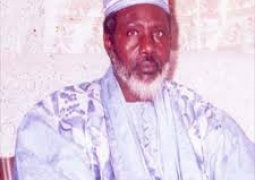 The Truth Reconciliation and Reparations Commission (TRRC) has suggested among its recommendations to the government that former President Yaya Jammeh be interrogated and prosecuted for the murder, manslaughter and for the victimisation of road users, which includes permanent incapacitation/injuries. 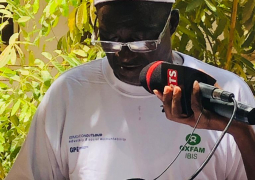 Bakary Badjie, board chair Education For All Campaign Network – The Gambia (EFANet) has called on Gambia government and Local Government Authorities (LGAs) to demand action in line with the One Billion Voices campaign, among other things to increase state funding for education by 20% of public expenditure; ensure inclusive education system through equitable financing and programmes that prioritise the most marginalised; and provide free quality education for all and end the trend towards the privatisation and commercialisation of education.