Asked if any financial crimes have been reported in The Gambia recently, Mr. Darboe responded in the positive.

He went on: “We even reported a conviction of money laundering in The Gambia where 60 million was laundered through The Gambia and the funds were forfeited to the state.”

Meanwhile, according to the Financial Intelligence Units director, fraud was rampant in the previous year accounting for the greater percentage of the financial crimes reported.

“In the same year, six international information requests were sent, those CR we received so far in 2020, fraud emerged as the most reported offence of money laundering accounting for 56%.”

Mr. Darboe urged the selected FIU participants to be more vigilant as reports have emerged showing some people using the Covid-19 as leverage to engage in financial crimes with bogus amounts all in the name of fighting the pandemic.

According to him, issues of counterfeit personal protection equipment, bogus Covid-19 medication as well as online fraud among many other things have been reported. 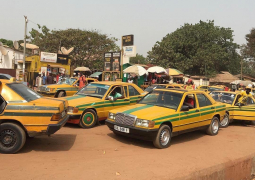 It is evident that access to a good road network in any country is an essential ingredient for national development as it facilitates the smooth movement of people goods and services.

CA Calls for Peace in Nigeria

Citizens Alliance party in The Gambia says it’s disheartened by the unfortunate incidences unfolding in Nigeria and thus called for peace. 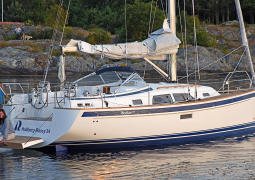 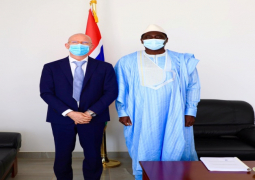