A source that spoke on condition of anonymity confirmed the development to our reporter. According to our source, 11 people were arrested when the incident occurred. “They were briefly detained at Jareng Police Station. However, they were later referred to Bansang Police Station, the regional police command in CRR.”

Our source further added: “The remaining nine people were arrested yesterday and they were detained at the Jareng Police Station as investigation into the matter continues. I am quite sure that the nine individuals will also be referred to Bansang Police Station so that they can be processed.”

Another source in the region that wished to remain anonymous opined that the two neighbouring villages have been grappling with serious land disputes over the years.

“I can even confirm that the two villages also clashed yesterday as the Fula community vowed to revenge. Currently, personnel of the Police Intervention Unit (PIU) have been deployed in the area to calm the situation and maintain peace and order.”

Meanwhile, reports have suggested that a donkey from the Mandinka community entered the farm of one man from the Fula community. This, our source said resulted in the clash between the neighbouring villages.

The injured people, our source continued, were referred to Dankunku Health Centre for medical attention.

The spokesperson of The Gambia Police Force (GPF) Supt. Lamin Njie, who was contacted for comments confirmed the development to The Point, saying: “Investigation is currently underway with a view to establish the cause of the incident. At the moment, I can’t tell you the number of people arrested. However, the police are being deployed in the area to maintain peace and order.”

The Gambia Supreme Islamic Council in collaboration with the office of the Imam Ratib of Banjul has announced that the 1st day of Muharram – the first month of the Islamic calendar 1444 H, was on Saturday 30th July 2022. Therefore, Yawmul Tathua will fall on Sunday 7th August and Ashura on Monday 8th August 2022. 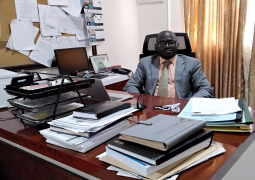