The suspects are currently being detained by the Military Police at the Fajara Barrack as investigation into the matters continues.

A source who is familiar with the matter and spoke to our reporter on the condition of anonymity has confirmed the development to The Point. The 27 bags of rice that were sold to the Mauritanian national, he explained, have been retrieved by the police.

Our source added: “Because the covid-19 food aid bags of rice are so unique, so there was an individual that saw the bags of rice in the shop and decided to contact the police about the matter. The police visited the shop which led to the arrest of the Mauritanian national.”

Our source further added that after investigation by the police, the Mauritanian national confessed that the bags of rice were sold to him by the two soldiers.

A person who is briefed over the matter said it is currently being investigated by personnel of Military Police of the GAF.

Another source has informed our reporter that another 55 bags of food items were also not accounted for during the time of distribution. However, the source added that the said amount was later retrieved by the police.

It could be recalled that two weeks ago, President Barrow launched government covid-19 food aid that is intended to be distribute to 84% of The Gambian households.

An amount of 360,000 bags of 50kg of 100% broken rice, 50kg bags of sugar and 10 litre drums of refined cooking oil will be distributed to needy Gambians across the country.

In another development, our reporter has been informed that all the guards that were arrested in connection with The Gambia Armed Forces fuel coupon theft have been released. However, the principal suspects, Lance Corporal Sarjo Conteh and Ebrima Seedy Fatty are still being detained and helping Military Police in their investigation. 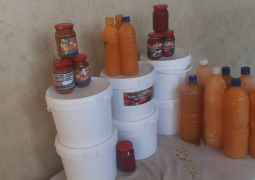 Food processing has a crucial role to play - Dampha

Lamin Dampha, an entrepreneur, has said food processing has a crucial role to play in the development of The Gambia’s economy. 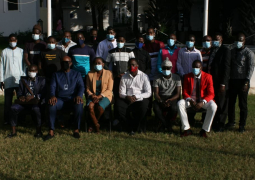 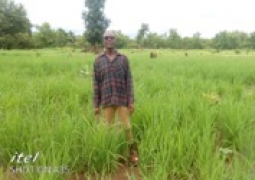 CRR farmer challenges Gambians to grow what they eat

Musa Sonko, a farmer has called on Gambians to go back to land and grow what they eat in order to eliminate hunger in the country.