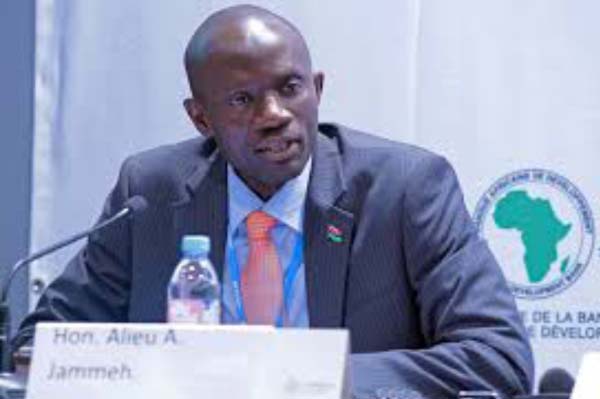 Minister of Youth and Sports Alieu K. Jammeh recently delivered a speech at the graduation ceremony of the first batch of trainees of the Gambia Songhai Initiative project, at Chamen village in the Upper Baddibu district of the North Bank Region.

The edifying speech reads as follows: “With strong faith and pure pragmatism driven by a clear vision, as demonstrated by the government of The Gambia and their development partners, we were able to introduce an innovative mechanism to tackle the multiple challenges of food insecurity, environmental degradation and youth unemployment.

Modelled on the great successes of the Songhai Agricultural System in Benin, The Gambia Songhai Initiative is poised to revolutionise not only the traditional methods of doing agriculture in the country but, most importantly, make agriculture attractive to young men and women.

In 2014, when the two ministries of Youth and Sports and Agriculture and UNDP undertook a study tour to the Songhai Regional Centre in Benin to study the Songhai agricultural model, the primary purpose was two-fold.

To learn the best practices of the use of agriculture as a means of sustainable economic development, and a way of finding employment for young people.

The study tour and a visit by the founder and director of the Songhai Regional Center, Fr. Godfrey Nzamujo, it was recommended that the model be replicated in The Gambia.

With approval and blessing of the President, the recruitment of the first batch of trainees got underway and, in February 2015, with funding from the UNDP, 30 Gambian youths from all regions of the country, 40 percent of whom were female youths, left for Benin to undergo a six-month agricultural training course at the Songhai Regional Centre (SRC).

In Benin, they were exposed to a revolutionary way of agricultural production, and were given training in entrepreneurship and leadership skills. They graduated from Benin at the end of July 2015, and 22 of them - 13 males and 9 females - have since been engaged here at the Chamen Centre.

The Gambia Songhai Initiative Centre (GSI) formerly known as the Chamen Agricultural and Seed Multiplication Centre, now under a new dispensation, became operational in May 2015.

Since the return of the youths from Benin, they have been continuing their training here for the past six months, and also been serving as instructors by imparting the skills they acquired in Benin to another group of youths who were recruited in August 2015.

A monthly allowance of D4,500 is paid to each of the trainee instructors out of which D1,500 is deducted and saved for them, which they could use to start their own agricultural project after graduation.

As a growing economy and a developing country, we need, first and foremost, to be able to feed ourselves in order to be certain that we are on strong grounds to sustainably propel to a high-income country.

Getting the youths involved in this endeavour will also help to ensure that they are deriving a decent livelihood. In short, a desire to achieve these objectives is the motivation behind setting up The Gambia Songhai Initiative.

Gladly, just a little over a year after the first batch of trainees left the shores of The Gambia for Benin, we are gathered here to witness the graduation ceremony of the trainees who stand proudly amongst us, making history as the first batch of Gambian youths who possess the skills and knowledge for a novel form of agriculture, that can modernise the way agriculture has been done in the past and re-establish the confidence of people in thesector’s ability to contribute to meaningful economic development.

The Chamen model will not be confined to the four corners of this centre. It is our collective intention and resolve to replicate the model throughout the country.

After this graduation, the project will employ about 10 of the youths who are graduating so that they continue to serve as instructors here in Chamen.

The possibility of attaching a number of them to the Ministry of Agriculture in order to make use of their expertise, in our drive to replicate the model in other parts of the country, is also being explored.

The Ministry of Basic and Secondary Education has offered to appoint five of the graduates as well.

On this note, let me take this opportunity on behalf of the Ministry of Youth and Sports, members of the project steering committee, the youths of this nation and the Government of The Gambia to most sincerely thank the UNDP, FAO and all those development partners who have in one way or the other contributed to the implementation of this project.” 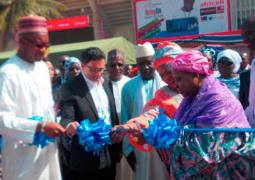