The World Festival of Black Arts (WFBA), an event that attracts the widest gathering of the Arts and Culture of the black world, is scheduled to take place from the 1st to in .

The event, initiated by a Senegalese publisher who was based in France, Alioun Diop was first staged in 1966, with the theme, "The significance of Black Art in the Life of the People and for the People" and was last held in Lagos and Kaduna, Nigeria from the 15th of January to the 12th of February 1977, with the theme: "Black Civilisation and Education".

This will be third time that this event will be staged, with the theme of "The Black Renaissance".

The event will take the form of a symposium on the African Renaissance, performances and exhibitions in Music, Dance, Painting Photography, Sculpture and Design and Handicraft.

The strategic objective of this event, among others, is to examine the cultural heritage of the black world in both its material and immaterial forms. It also aims to reaffirm the role of artists and intellectuals in the African Renaissance and to promote the better protection and wider distribution of the artistic and cultural works of the black world. It will celebrate the intellectual, artistic and literary identity and the creativeness of the creators of and the Diaspora and offer conditions of expression to the creative artists of the black world. This will encourage them unite together and help them to make their contribution to the implementation of NEPAD (New Partnership for Africa Development).

As revealed by the co-ordinator of the event, Mr. Alioune Badara Beye, recently at a press briefing held at the Ocean Bay Hotel, 80 countries will be participating including and the . The event is expected to attract well over 1,500 participants. He revealed that all African countries, as well as those countries with black communities, like and the , are invited to take part in WFBA (FESMAN).

He added that the event will be launched on the 22nd of September by President Maitre Abduolaye Wade in the . 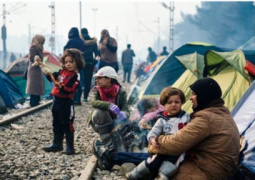