Women's in Brikama yesterday benefited from football jerseys which were donated by Lamin King Colley President of the Brikama Youths and Sports Committee.

According to Alkali Cham, Sports Coordinator to Nursery Schools in Western Region, Women's is one of the oldest Nursery schools from the area. This was why it was decided to award jerseys to the school which, among many other things, helps to develop sports at that level.

He seized the opportunity to announce that Brikama will organise their first ever inter nursery school sports event at the end of the third term and will be again sponsored by Lamin King Colley.

He stated that nursery school sports should be well considered and will make sure that come the inter-school competition, all schools will be represented.

Speaking at the presentation, Lamin King Colley tasked the Sports Committee in charge of Nursery schools affairs in the area to come up with programmes of activities that will promote their sports with the help of sponsorship.

He said the donation is part of his contribution in developing grassroots sports for nursery schools. He added similar gestures are expected in future.

The headmaster of the school Ousman Touray, who witnessed the presentation at the school ground, expressed appreciation to the gesture.

Meanwhile at a congress organised by the Brikama Youths and Sports Association over the weekend, the following people while elected into office contrary to what was stated in Tuesday's issue. 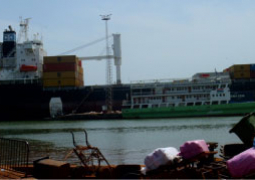