In The Gambia, the many and varied reports have over and over highlighted the low participation of women in politics. This is of great concern despite the fact that, here in The Gambia, women have over the years contributed, and continue to do so, in key decision-making processes.

Yes, we have a female vice president, female deputy speaker of the National Assembly; we also have some women ministers, permanent secretaries, directors, alkalolu (village heads), among others, but most of these are positions to which they have been appointed.

Thus, there is still room for improvement.

We believe that it is high time that women be given a chance to fully participate in national politics, and to take their rightful stands in order to exercise their democratic rights.

“Women are the majority of the population, but a minority in politics.” 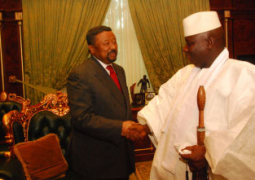