A woman was last Thursday arraigned at the Special Criminal Court in before Justice Ikpala, charged with murder.

According to the charge sheet, on 31st January 2009, at Kunting village in the Central River Region, the accused person, one Kenneh Jawla, did commit an offence to wit, caused the death of her newly-born baby by dumping it into the well, knowing death was the probable consequence of such act.

Testifying, the first prosecution witness (PW1) Momodou Barry, a police officer attached to the Bansang Police Station, told the court that on 2 January 2010, he received information from one Inspector Gibba that there was a baby dumped at Kunting village, which he went to investigate.

He said that on upon arrival at the village, he went to the compound of the alkalo and later went with the alkalo to the well, where the accused allegedly dumped her newly-born baby.

The witness further explained that at the well, the alkalo ordered one boy to go into the well and see whether there was anything, adding that the boy found the corpse and brought it out.

"The corpse was taken to the compound of the alkalo, where they were told that Kenneh Jawla, the accused, was the only pregnant girl at the village, and that after her delivery, her baby was never seen,” officer Barry told the court.

PW1 further stated that he effected arrest on the accused and took the corpse to the , where it was confirmed dead. He said the accused was later taken to Bansang Police Station, where she was cautioned and charged.

The state was represented by the deputy Director of Special Litigation, Simeon Abi. 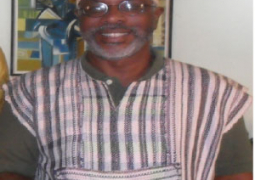