One Lamin Congira of Brikama Wednesday testified in the trial involving Dame Secka, charged with criminal trespass and threatening violence before Principal Magistrate Dayo of the Brikama Magistrates’ Court.

In his testimony, Congira told the court that he could recognise the accused person and he could also recall 13 May 2014.

He said he was in his friend’s compound, Ebrima Jaiteh, the complainant, at Madina Salam, when he told him to accompany him to one of his compounds in the said village to fix his house door.

He said upon their arrival at the said compound at around 3 to 4pm, they saw the accused person with a bicycle and a cutlass tied at the back of his bicycle approaching them.

He said the accused person jumped over the fence of the said compound where he, the witness and complainant were fixing the door.

He said when the accused person approached them, he told them to get out from the compound while holding a cutlass in his hand.

He said the matter was reported to the Gunjur Police Station, who went and arrested the accused person, adding that he later made his statement to that effect. 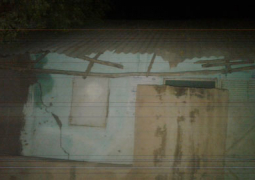 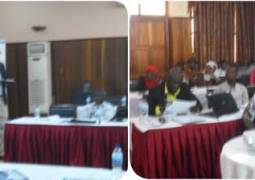