Muhammed Badjie recently testified at the Brikama Magistrates’ Court in the trial involving Alieu Touray, Sulayman Touray, Kebba Touray and Abdoulie Touray, who were accused of criminal trespass and willful damage to property.

Badjie told the court he could recall 23 December 2011, adding that he knew some of the accused persons and could recognise some.

According to him, on the day in question at around 8 o’clock, he went with one Ebrima Sarjo to clear the surrounding of their restaurant when one of the accused, Kebab Touray, came and met them there.

The accused told them the said place did not belong to Lamin Jammeh, but to him (the accused) and eight other people because they were nine of them and they were coming to work at the place.

He said when the accused told them that, he also told Ebrima Sajor and as they were going, the accused removed a mobile phone and made a telephone call to his friends.

At that juncture, defence counsel Kebab Sanyang objected to the witness’s statement on the grounds that the witness did not know who the accused was calling.

The witness then continued to say that when they reached home, Lamin’s father asked why they came home earlier and they told him the reason.

Lamin’s father told them to go back there to see what the accused was doing at the said place. He said he went with Ebrima Sarjo and Lamin Sanneh to the said camp and they found the accused and other people destroying the restaurant.

Asked what implement the accused persons used to destroy the restaurant, he said they used sticks and cutlasses to destroy it.

Under cross-examination, the witness said the restaurant was made up of sticks and elephant grass, but he did not know the value of the restaurant.

The case was adjourned till 22 August 2012, for cross-examination to continue. 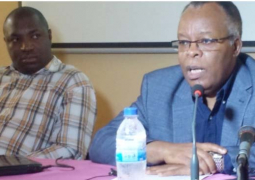 Africa needs a sustainable solution to food insecurity and poverty 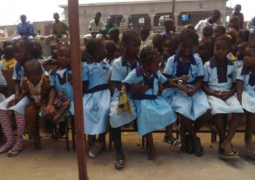