In his testimony, Sambou told the court he recognised the accused persons and could recall 26 March 2012, when he went to the sea for fishing but later discovered that it was too dangerous to fish.

He said he then decided to leave his boat and went home till the following day, adding that when he went to the sea the following morning, he could not find his boat.

The witness further adduced that he went to search for the boat and saw the fishing net at Sambuya seasite but could not take the boat, adding that he asked for assistance.

According to him, while they were coming from the seaside, they met with the two accused persons, including two boys carrying an empty bag on the road going towards the seaside.

At that juncture the case was adjourned till 28 May 2012. 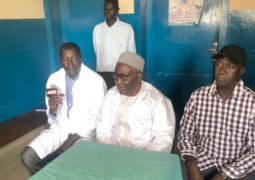