The criminal trial of one Lamin Shabba Danso on Monday proceeded at the Kanifing Magistrates' Court before Magistrate F.L. Drammeh.

Danso is facing a two-count criminal indictment for allegedly obtaining money by false pretence, and theft by a person having interest in the things stolen, charges he had denied.

Testifying for the prosecution, Arfang Sanyang said he knows the accused person, adding that Danso once told him that he wanted to buy an X5 vehicle and that he had D150,000 for the said car.

He testified that the accused person later called him to come to Palma Rima junction around .

"On arrival, I found the complainant, Dianna, the accused and the owner of the X5 with a Mercedes Benz," he added.

He said the accused person asked him to drive the Mercedes Benz home as he (Danso) was going for the X5.

The witness added that he saw Danso come with monies in a plastic bag, but he did not know the amount.

The witness said that, on the next day, the accused person came to pick him, and that he also showed him a receipt on which was written Shabba Lamin Danso with a value of D380,000.

He told the court that the said X5 was then pledged to the accused person.

Still testifying, he said the complainant later said she wanted to see the said X5, which they all went to see.

Under cross-examination, the witness asserted that "sometime ago, the accused told me that the complainant was his girlfriend."

"I was a friend with the accused since 1997," he said, adding that he also noticed that there was a problem between the accused person and the complainant, since last year.

Asked whether there was any marriage ceremony between the accused and the complainant, the witness replied in the negative.

Hearing was subsequently adjourned to 18th May 2011. 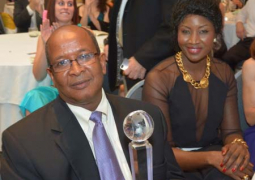