The case of conspiracy to commit misdemeanor and willful damage to property involving Dr Alhagie Touray and Yaya Sambou Wednesday proceeded at the Brikama Magistrates’ Court with the continuation of the first prosecution witness.

Assan Salieu Cham, Chief Executive Officer of Land Development Company, told the court the allocation of the land to the Sun Group was investigated by the National Intelligent Agency (NIA) and the verification was submitted to the Attorney General’s Chambers.

Mr Cham added that the AG Chambers and the Director of Public Prosecution decided to press charges against the two accused persons.

“Between 2009 and 2011, I reported on four different occasions to the Gunjur Police Station for the destruction and harassment at the site in Kartong,” Cham told the court.

He added that the complaint lodged at the Gunjur Police Station was recorded, but said he could not remember the exact date he made the complaint to the police.

Cham adduced that the destruction that was made at the Site Sun Group was hired by the 1st accused, Dr Alhagie Touray, adding that the foundation of the fence, sand and stones were given to the 1st accused person.

He stated that the southern fence of the company was damaged, which Gunjur Police went twice to inspect.

“The destruction of the company was valued at D165,000,” he explained, stating that between 21 and 35 youths were hired to do casual labour and the group was headed by one Muhammed Lamin Ceesay.

He said Muhammed Ceesay reported to him on several occasions of the harassment and intimidation by the accused persons.

Cham further adduced that whenever Muhammed Ceesay reports to him about the harassment and intimidation, he would also report to Gunjur Police Station.

He revealed that the company had written a letter to the Gambia Tourism Board (GTB) expressing their interest in tourism and development and was asked to submit everything that was required  by  the GTBoard.

It went through the management and board of GTB, he said, adding that the GTBoard wrote back a letter to the Sun Group and gave them allocation of the land within the Tourism Development Area in Kartong. 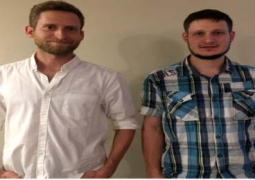