What do we know about our reproductive sexual health

What is Sexual Health

Taking care of your sexual health means more than being free from sexually transmissible infections (STIs) or not having to face an unplanned pregnancy. It means taking responsibility for your body, your health, your partner’s health and your decisions about sex.

When you become a teenager, your body changes and develops towards sexual maturity (basically, you go from being a child to an adult). This is called “puberty”. There are visible changes to your body as well as changes inside. Girls start having periods every month and their breasts grow. For guys, erections become much more frequent and unused sperm is released in semen during a “wet dream” (usually at night during sleep). Being aware about these changes to your body and knowing they are a normal part of puberty is important.

Being safe with sex means caring for both your own health, and the health of your partner. This means being able to talk freely with your partner, both being ready for sex and agreeing on the use of condoms and a suitable type of contraception. Being safe protects you from getting or passing on sexually transmissible infections (STIs) and an unplanned pregnancy. You will enjoy good sexual health if you take care of your genitals (parts of your body that are involved in sex) and avoid any risky behavior.

Talking about issues related to sex is also important for your mental health and well being. You should feel comfortable talking to your partner and medical professional about anything you are concerned about. Good mental health helps you to enjoy life, enjoy your relationships and enjoy sex.

WHO has been working in the area of sexual health since at least 1974, when the deliberations of an expert committee resulted in the publication of a technical report entitled “Education and treatment in human sexuality” (WHO, 1975).

In 2000, the Pan American Health Organization (PAHO) and WHO convened a number of expert consultations to review terminology and identify programmed options. In the course of these meetings, the working definitions of key terms used here were developed. In a subsequent meeting, organized by PAHO and the World Association for Sexual Health (WAS), a number of sexual health concerns were addressed with respect to body integrity, sexual safety, eroticism, gender, sexual orientation, emotional attachment and reproduction.

Sex refers to the biological characteristics that define humans as female or male. While these sets of biological characteristics are not mutually exclusive, as there are individuals who possess both, they tend to differentiate humans as males and females. In general use in many languages, the term sex is often used to mean “sexual activity”, but for technical purposes in the context of sexuality and sexual health discussions, the above definition is preferred.

A state of physical, emotional, mental and social well-being in relation to sexuality; it is not merely the absence of disease, dysfunction or infirmity. Sexual health requires a positive and respectful approach to sexuality and sexual relationships, as well as the possibility of having pleasurable and safe sexual experiences, free of coercion, discrimination and violence. For sexual health to be attained and maintained, the sexual rights of all persons must be respected, protected and fulfilled.” (WHO, 2006a)

“…a central aspect of being human throughout life encompasses sex, gender identities and roles, sexual orientation, eroticism, pleasure, intimacy and reproduction. Sexuality is experienced and expressed in thoughts, fantasies, desires, beliefs, attitudes, values, behaviors, practices, roles and relationships. While sexuality can include all of these dimensions, not all of them are always experienced or expressed. Sexuality is influenced by the interaction of biological, psychological, social, economic, political, cultural, legal, historical, religious and spiritual factors.” (WHO, 2006a)

There is a growing consensus that sexual health cannot be achieved and maintained without respect for, and protection of, certain human rights. The working definition of sexual rights given below is a contribution to the continuing dialogue on human rights related to sexual health (1).

Rights critical to the realization of sexual health include:

• Rights critical to the realization of sexual health include:

•the rights to equality and non-discrimination

• the right to be free from torture or to cruel, inhumane or degrading treatment or punishment

•the right to marry and to found a family and enter into marriage with the free and full consent of the intending spouses, and to equality in and at the dissolution of marriage

•the rights to information, as well as education

• the rights to freedom of opinion and expression, and

•the right to an effective remedy for violations of fundamental rights.

The responsible exercise of human rights requires that all persons respect the rights of others.

The application of existing human rights to sexuality and sexual health constitute sexual rights. Sexual rights protect all people’s rights to fulfill and express their sexuality and enjoy sexual health, with due regard for the rights of others and within a framework of protection against discrimination.” (WHO, 2006a, updated 2010)

Early childbearing and other behaviors can have health risks for women and their infants. Waiting until a woman is at least 18 years old before trying to have children improves maternal and child health. If an additional child is to be conceived, it is considered healthier for the mother, as well as for the succeeding child, to wait at least 2 years after the previous birth before attempting to conception.After a fetal fatality, it is healthier to wait at least 6 months.

The WHO estimates that each year, 358 000 women die due to complications related to pregnancy and childbirth; 99% of these deaths occur within the most disadvantaged population groups living in the poorest countries of the world.http://en.wikipedia.org/wiki/Reproductive_health#cite_note-8 Most of these deaths can be avoided with improving women’s access to quality care from a skilled birth attendant before, during and after pregnancy and childbirth.

Female genital mutilation (FGM), also known as female genital cutting or female circumcision, “comprises all procedures that involve partial or total removal of the external female genitalia, or other injury to the female genital organs for non-medical reasons”.[12] The practice is concentrated in 29 countries in Africa and the Middle East; and more than 125 million girls and women today are estimated to have been subjected to FGM.

FGM does not have any health benefits, and has negative effects on reproductive and sexual health, including severe pain, shock, hemorrhage, tetanus or sepsis (bacterial infection), urine retention, open sores in the genital region and injury to nearby genital tissue, recurrent bladder and urinary tract infections, cysts, increased risk of infertility, childbirth complications and newborn deaths.

Issues affecting adolescent reproductive and sexual health are similar to those of adults, but may include additional concerns about teenage pregnancy and lack of adequate access to information and health services. Worldwide, around 16 million adolescent girls give birth every year, mostly in low- and middle-income countries. The causes of teenage pregnancy are diverse. In developing countries girls are often under pressure to marry young and bear children early (see child marriage). Some adolescent girls do not know how to avoid becoming pregnant, are unable to obtain contraceptives, or are coerced into sexual activity. Adolescent pregnancy, especially in developing countries, carries increased health risks, and contributes to maintaining the cycle of poverty. The availability and type of sex education for teenagers varies in different parts of the world. LGBT teens may suffer additional problems if they live in places where homosexual activity is socially disapproved and/or illegal; in extreme cases there can be depression, social isolation and even suicide among LGBT youth.

The definition of the term is also echoed in the United Nations Fourth World Conference on Women, The Program of Action endorses a new strategy which emphasizes the numerous linkages between population and development and focuses on meeting the needs of individual women and men rather than on achieving demographic targets. The ICPD achieved consensus on four qualitative and quantitative goals for the international community, the final two of which have particular relevance for reproductive health: 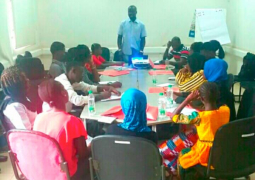