As part of executing another important mandate, which is to prepare teams from zones to take part in the qualifying rounds of The Gambia Football Association third Division Qualifiers, the Serrekunda West Sport Association has commenced the registration of aspiring teams from the area for the 2009 session.

Amat Cham, Public Relations Officer of Serrekunda West Sports Association, made this information available in an interview with Pointsports.

He said aspiring teams can only participate after paying a registration fee of D3, 000 to the Treasurer of the Committee, Joseph Colley.

"Since a lot of teams are wishing to take part in the qualifiers, we want to inform them that team participation will be based on a first come first served basis, as registration is open till ".

The third division qualifiers will determine teams that will qualify to the second division for the 2008/9 season.It features teams from , and Western Region. 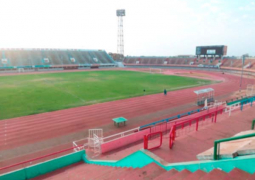