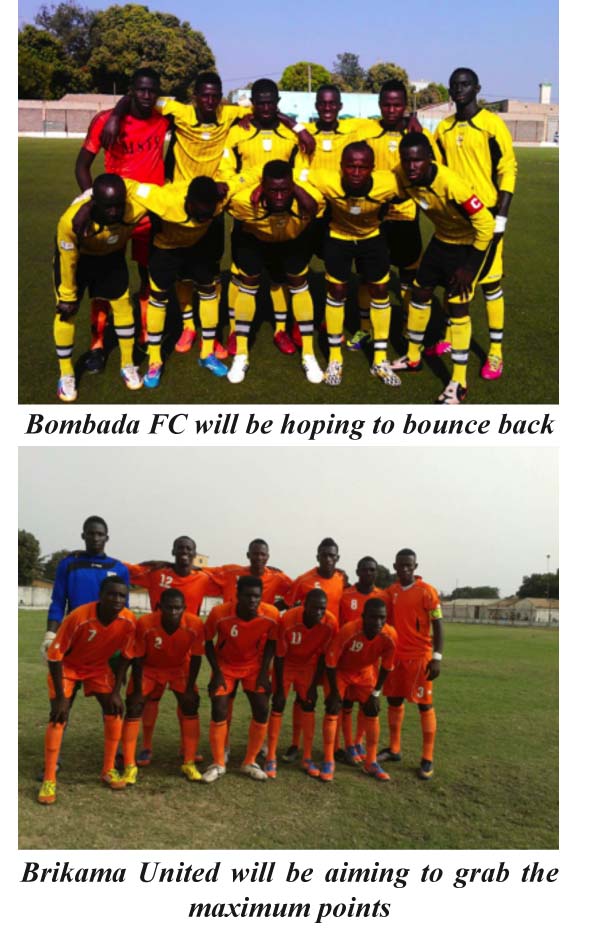 Bombada will rub shoulders with Brikama United in an all-Brikama derby clash in the 2014-2015 First-Eco Partners-sponsored Gambia Football Federation division one league on Sunday 12 April 2015, at the Brikama Box Bar mini stadium.

Bombada and Brikama United are with 20 points each, and shared the spoils in their first encounter in the first round played at the Brikama Box Bar mini stadium.

Bombada will be hoping to recover, after losing in two games in a row against Serrekunda United 2-1 and 1-0 to Banjul United, so as to improve their position in the league.

Brikama United, on the other hand, will also be expecting for a win against Bombada to keep their title ambitions alive.

Gambia Ports Authority will be hoping to bounce back after losing to Gambia Armed Forces 2-1 in their last fixtures at the weekend, to boost title dreams.

Elsewhere, Gambia Armed Forces will meet Hawks at the Banjul KG5 mini stadium; both sides will be fighting for victory and to snatch the vital three points.

In other week four fixtures, Real de Banjul will meet Banjul in an all-Banjul derby game at the Banjul KG5 mini stadium.

Bakau United will take on Interior at the Serrekunda East mini stadium, while league leaders Gamtel will battle it out with Wallidan at the Brikama mini stadium.