There has been a lot of talk among Gambian communities these past several weeks and days about things that the Barrow administration should do and not do.

Barrow himself recently acknowledged that he understands that Gambians are impatient and that they want to see some progress on the many tasks his government is expected to carry out.

One should add that Gambians are impatient not only to see progress, but to see the right and proper kind of progress. Gambians can simply not afford to get it wrong this time around. We must get it right or risk losing a great opportunity to lift ourselves by the bootstraps and prove to the world that we are indeed as intelligent a nation as we were thought to be when we booted the Jammeh dictatorship out of power in late 2016, early 2017.

Among the key issues Gambians are talking about at this time is the truth and reconciliation commission that will help us face and make sense of the violence of the past twenty two years.

The overarching objective is to make it possible for citizens, in this case Gambians not necessarily to forget but to forgive wherever possible and to be reconciled to our past, our present and our future as a nation. This is all incumbent on us getting it right in all sense of that term.

The commissioners must be well-respected experts in law, in political science, in history, in religion and in other disciplines relevant to the work of the commission. They cannot be anyone that suits the fancy of the administration or of individual government officials or they will render our TRC a mockery of justice and a cruel caricature of our national persona, our hopes and our aspirations.

Gambians are legitimately concerned, as they should be, about the caliber of people appointed to the Gambian truth and reconciliation commission and other government institutions because of the bitter lessons of our recent past and our need for meaningful transformations of many aspects of our lives as a nation.

The Barrow administration cannot afford to repeat the mistakes of the Jammeh regime.  For example, after the 1994 coup and laboring under a lot of domestic and international pressure, the AFPRC junta set up a National Consultative Committee to sound the opinions of the Gambian people as to how long the transition period to civilian rule should last, among other important issues of the day.

Appointing the wrong people to a commission of such crucial national and international importance would be a tragic blunder of historic proportions on the part of the Barrow administration.

We emphasize this point to make it clear that Gambians do not only want a truth and reconciliation commission. We want a credible and universally respectable truth and commission to undertake this crucially important work for our country.

The credibility of the Gambian TRC process and the credibility of the Barrow administration will be at stake if they follow Jammeh’s example and just appoint people they wish to appoint rather than experts in their field with impeccable public reputations who will execute the work of the truth and reconciliation commission with the credibility and professionalism it deserves. Getting this wrong will be a disservice to our national history, to the victims of the Jammeh dictatorship and their families, friends and relatives, and ultimately, to the very concept of truth and reconciliation commissions itself.

Getting it right not only means appointing the right people in the right places to help the Barrow administration in its work of rehabilitating the Gambian nation. It also means that the president himself and all his ministers must be ready and willing to learn from the public space. Governments fail when they fail to pay heed to the opinions of their people and the useful advice and knowledge their people share in the media and other public spaces.

In particular, Barrow will find it very useful to appoint a presidential advisory committee with whom he meets every morning or every other morning to get a sense from them of the soundness of his own ideas and plans, what the media is saying, what word is on the street, and what needs to be prioritized as matters of government policy. To be effective, this committee must also be composed of two to three respected experts in their fields who will tell the president what he needs to hear and not what he wants to hear.

While the culture of sycophancy flourished during the Jammeh dictatorship and is very much alive in our body politic, there are many Gambians who will never compromise their personal or professional integrity and will not shy away from telling the president their honest opinions on issues of national concern. Considering the immensity of the challenges he faces, it would be helpful for Barrow to consider getting this committee in place as soon as possible if he has not already done so.

The bottom line is that we must get it right this time around, and getting it right requires that we step out of our comfort zones, break with moribund political traditions and outmoded formalities, and strive to make the right decisions in a deliberate and conscious manner. 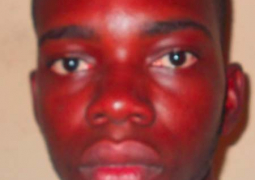