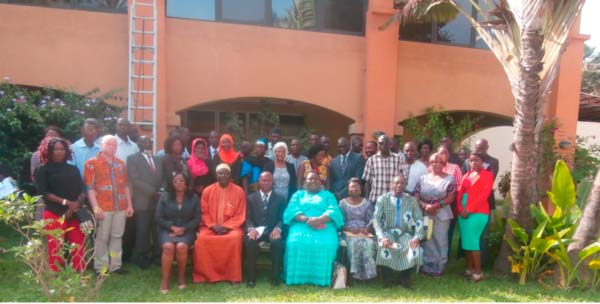 WANEP Gambia on 19 and 20 July 2017 held a multi-stakeholder consultative meeting towards consolidating efforts, rethinking, reconciliation and building strategies in The Gambia.

In her welcome remarks at the two-day meeting held at the Kairaba Beach Hotel, Maria Dacosta, board chairperson of WANEP Gambia, said that bearing in mind what The Gambia went through in the recent past and the political impasse that almost brought the country to a complete standstill, a consultative meeting of that nature couldn’t have been organised at a better time.

She said various sectors and organizations are currently engaged in isolated initiatives geared towards reconciliation and peace building as a result of the impact of the recent political impasse.

As a means of complementing government’s efforts in building the new Gambia, she explained, the consultative meeting aimed at rethinking and restructuring the engagement and role of various actors including civil society, traditional and religious organization, the media, women groups, security agencies and other state institutions in the ongoing reconciliation and rebuilding process.

“We need to embark on a frank and critical analysis of the issues at hand, the gaps and possible factors that may impede the process, and go further to come up with realistic and achievable strategies that will enhance reconciliation and facilitate the rebuilding of a fully democratic new Gambia, where all citizens are equal with no room for favoritism, nepotism, tribalism, religious intolerance, etc,” she said.

In his keynote address, Ousainou Thomasi, special adviser to the minister of Justice, said a country’s constitution contributes to peace and stability when it reflects the wishes and aspirations of its people.

“We the people of The Gambia have accomplished a great and historic task,” he said.  “We have had our say on how we should be governed.”

He further stated that it is now generally known that the government  in The Gambia  “will establish a truth, reconciliation and reparations commission whose principal  objectives will be to give the victims of abuses a voice by allowing them to share their stories; give perpetrators the opportunity  to tell the truth about abuses in a manner that normal criminal proceedings will not permit; and to give appropriate compensation to the victims for loss or injury suffered as a result of the abuses”.

It is hoped, he noted, that the process would lead to a healing on the part of victims and ultimate reconciliation across a broad spectrum of Gambian society, who have been affected, either directly or indirectly by the events of the past 22 years.

“As a government, we have the responsibility to actively foster social cohesion and encourage national reconciliation,” he said.

He also said that respect for the country’s constitution and the rule of law was non-existent, adding that the constitution was only one on paper and could be amended anytime at the whim of the executive.

“The justice ministry as the focal point for the implementation of the Transitional Justice Programme welcomes this very important initiatives by WANEP and its partners,” he noted.

He further outlined the key objectives of the conference, saying they included assessing the current situation and identifying challenges affecting the peace, security and social cohesion in the country.

The initiative, he said, did come at an appropriate time “when we are to launch nationwide consultations on TRC [Truth and Reconciliation Commission]”. 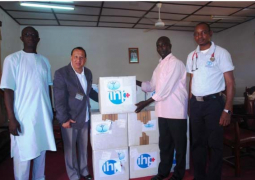