Wallidan defeated Serrekunda West 32-20 points at their weekend clash at the Manneh Sillah Basketball Court in Banjul on Saturday.

The game played after GAF beat Saints 25-14 points at the Manneh Sillah lawn.

Earlier on Friday, Serrekunda East won Sports House by 41-34 points in a game played at the Serrekunda West Mini Stadium which was followed by YMCA defeating Lamin 35-16 points.

Wallidan are so far at the top of the league table with 9 points after winning all their three games consecutively.

This is followed by YMCA in the second position with 6 points in two consecutive wins. 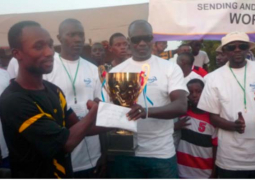