Vice-President and Minister of Women’s Affairs Dr Isatou Njie-Saidy on Friday launched the Scaling up of Nutrition (SUN) initiative in The Gambia at a ceremony held at the Paradise Suites Hotel.

The SUN initiative/movement is led by a high level multi-stakeholder group chaired by Anthony Lake, Executive Director and coordinator by David Nabarro, special representative of the UN secretary general for food security and nutrition.

In her launching remarks ,Vice-President Njie-Saidy, who also doubles as the chairperson of the National Nutrition Council, said SUN is not a new initiative, institution or fund; rather it is a movement that increases the effectiveness of existing initiatives and programmes by supporting national leadership for nutrition, encouraging focused and alignment of this support and enabling the participation of a wide range of stakeholders to foster broad ownership and shared responsibility for results.

“The SUN movement was established in 2010 and as of now 28 countries have joined the movement and are home to more than one quarter of the children in our world who experience chronic malnutrition and through the SUN movement, countries work to establish the most effective ways in which actions can yield measurable results,” the vice president said.

According to her, they do this by involving multiple actors in plans and actions that cut across the range of sectors and those actors are from within and outside government, which includes civil society, parliamentarians, researchers, donors, businesses and UN agencies work towards a common results framework in a principled way that promotes people’s right to food.

She said nutrition has risen on many global agendas: in the G8, the G20, Rio+ 20 and the UN Secretary General’s agenda for his new term among others.

She added that the new attention presents a unique opportunity for coordinated and coherent action.

VP Njie-Saidy said stakeholders in the SUN movement have a responsibility to ensure that political momentum is translated into results.

The speed with which the SUN movement has evolved is an indicator of increasing political commitment to reduce under-nutrition, she said.

“It shows that countries sharing that same responsibility want to work together and engage with hundreds of committed supported from around the world,” she said.

“The Gambia is therefore well placed for achieving significant nutrition outcomes through shared results and accountability frameworks, transparent measurement systems and tracking of financing and investments that stimulate full participation from all key stakeholders in the country.”

According to VP Njie-Saidy, the SUN in The Gambia will be most successful in aligning and mobilizing resources and efforts if they effectively build on what already exists in the country and if it can draw on the support mechanisms established by regional bodies like ECOWAS and NEPAD, by development banks and by the UN agencies.

“Every effort will be made to ensure that existing programs and services that are most critical for good nutrition are concurrently implemented on scale such as the Baby Friendly Community Initiative, the Nutrition Education Program in Lower Basic schools, Gambia Agriculture Investment Program and the Water and Sanitation program,” she said. 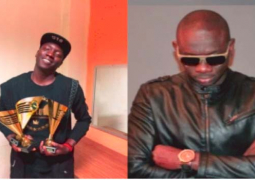