The Embassy of the Bolivian Republic of Venezuela in The Gambia last Thursday commemorated the 201 years of independence of Venezuela from the Spanish crown that colonized the south American state.

Held at the Coco Ocean Resort and Spa, the event brought together senior government officials led by the permanent secretary at the Ministry of Foreign Affairs, Kakim Bayo, members of the diplomatic corps, among others.

Speaking at the ceremony, the Venezuelan ambassador to The Gambia, Pedro Perez, said the Venezuelan declaration of independence was a statement adopted by a congress of Venezuelan provinces on 5th July 1811, through which Venezuela took the decision to break away from Spanish crown and establish a new nation based on the promise of equality of individuals, abolishing censorship and focusing on dedication to freedom of expression.

“The sovereignty has allowed us to manage our own social and economic policies to achieve under the principles of equity, belonging to the political ideal of our liberator Simon Bolivar, and social justice to the people,” Ambassador Perez told the gathering.

On the relationship between The Gambia and Venezuela, Ambassador Perez said her government has supported The Gambia in diverse areas, including in the sectors of health, agriculture, and education.

Also speaking at the event was Karim Bayo, who congratulated Venezuela for the independence celebration, describing The Gambia and Venezuela as “true friends.”

“The Republic of The Gambia and Venezuela enjoy a special relationship from the common vision of our two leaders, Presidents Jammeh and Hugo Chavez, who are natural allies because of their commitment towards meaningful development and to strive for the dignity of the people of the world,” Bayo stated.

According to him, Venezuela under Hugo Chavez has championed the struggle for a multi-polar world in which the sovereignty of all nations is respected, as well as freedom for the entire human race.

Noting that Venezuela has helped The Gambia achieve its development aspirations and objectives, PS Bayo said The Gambia is committed to cooperation with Venezuela to contribute positively to peace, stability and security in the world.

“The Gambia is satisfied with its relationship with Venezuela, which is based on mutual respect and anchored on shared values,” he added.

Further noting that The Gambia and Venezuela have signed a cooperation agreement in different areas which has benefited the two nations, Bayo conveyed best wishes to the Bolivian Republic of Venezuela on their independence.

The day was characterized by music and dance entertainment by the Gambia-Venezuela cultural troupe, and certificates were awarded to two Venezuelan dance trainers who conducted weekly trainings for UTG cultural troupe members in dancing. 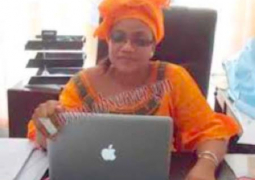 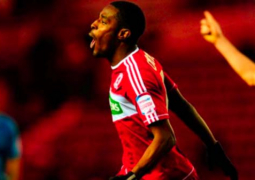