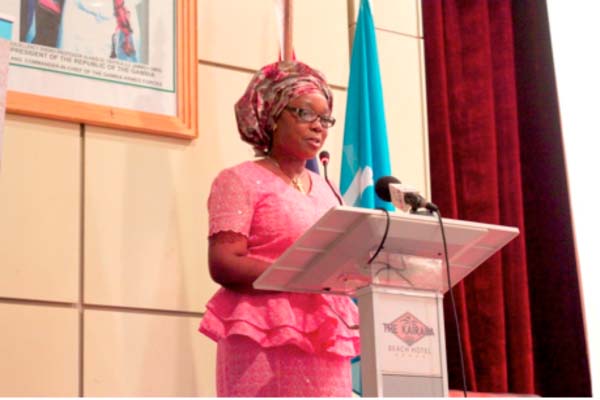 UNICEF Resident Representative Mrs Sara Beysolow Nyanti in her partnership appreciation statement, described the day as very important, not only for UNICEF but for all their partners, as it celebrates 70 years of achievements and results for children, both globally and in The Gambia.

“UNICEF was established in 1946 to address the humanitarian needs of children affected by the effects of World War II, providing food, clothing and healthcare to them.”

In 1953, in the wake of the disease yaws, the United Nations General Assembly extended UNICEFs mandate, and made it a permanent part of the body.

Since then, she added, UNICEF has become the world’s leading international organisation mandated to advocate for the rights and well-being of children.

She added that over the years, they have seen significant life-saving transitions in their work.

Key among them, she went on, is the shifting of their focus from addressing the needs of all children to narrowing their lens on the children, mothers and communities that are the most vulnerable, thus ensuring equitable access to essential social and development services for the least privileged.

“Our partnership with the Government of The Islamic of The Gambia began 51 years ago, when our first Cooperation Agreement was signed with the Government in May 1965, between Mr Gordon Carter, the then UNICEF Representative covering The Gambia, and Alhaji A. B. Njie, MBE, JP, MP, Minister of State for External Affairs.”

The agreement articulated the mutual thinking between the government and UNICEF on how to successfully address the most concerning of children’s issues by ensuring that their rights are realised.

She noted that since then, The Gambia has registered tremendous gains for its children, many of which were supported by UNICEF.

Perhaps one of the most significant achievements for the country in promoting the rights of all children is its ratification and domestication of the UN’s Convention on the Rights of The Child, in 1990 and 2005 respectively.

She pointed out these actions have since created opportunities for an enabling environment for all children, especially in their access to health, education and protection services.

The situation of Gambian children has improved considerably, according to her.

“Partnership works with the support of UNICEF and other partners, malaria is being eliminated, the country is almost open defecation-free, girls are equally entering primary school as boys, and immunization coverage is the best in West and Central Africa region,” she announced.

FGM/C and child marriage have recently been banned, and children could be assured that violators would be prosecuted due to legislation that is now available, she added.

Unfortunately, she went on, after 51 years of many successes, children still face deprivations, as there are many children still out of school, and many also suffer from various forms of violence and harmful practices which require a strengthened child protection system.

Sara Beysolow Nyanti said as they mark the occasion, they are also transitioning to a new country programme of cooperation with the Gambia, for 2017-2021.

In the spirit of excellent partnerships, she took time to recognise their implementing partners from the government and civil society, during the current country programme, 2012 to 2016.

She thanked them for not only the partnership, but for the results achieved.

She also thanked all for their partnership over the years, and looked forward to much stronger and broader collaboration during the next country programme, which begins in 2017. 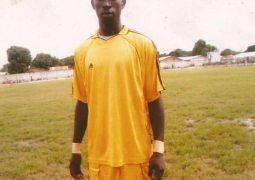