UK ‘Nanny Visas’ under the spotlight

As the current coalition struggles to take charge over its promise to curb the number of migrants into the country, the authorities have once again proposed another change to the visa rules, this time round against an unlikely group of people - the nannies.

Even though such migrants are not popular within the West African communities, the new rules, according to some African analysts here, ‘may also have an adverse effect on our nationals coming over working as nannies’, and consequently the measures are currently under intense scrutiny and examination by legal practitioners.

It is vital to recall that during the last election that brought the coalition to power, The Point newspaper reported that the Conservative’s Manifesto contained some proposals on such matters. Therefore, its supporters are not complaining.

But the hiring of a nanny is so popular in the country that even Prime Minister David Cameron hired a Nepalese nanny, thus allowing critics to stress that she ‘would not have been able to work for him under such proposed changes to the visa rules’.

The issue under scrutiny is the fact that, under the new rules, such nannies would ‘not be able to work for anyone other than the employer who brought them into the country’.

Thus human rights activists and other rights campaign groups are now questioning the government over the importance of protecting their rights to switch jobs in case of ‘abuses or other violations’.

Rights groups, including prominent lawyers, are also challenging the government that it must ensure the protection of these vulnerable groups such as domestic workers, who according to them are ‘easy prey for abuse and enslavement’ by employers.

But the government is now adamant that the proposed change is part of its drive for ‘large-scale reductions’ in migration from non-EU countries by 2015 and beyond. The authorities insisted that they ‘need an immigration system that is fairer, efficient and more honest to tackle illegal immigration and human trafficking’. Supporters of the proposals see such a measure as a helpful one.

A conservative analyst speaking to this correspondent last night said: ‘Look at it careful and more rationally…it is a means of helping vulnerable and defenseless people, and not otherwise.’

However, such rules only apply to people coming from outside of the EU. Already there is the free movement of workers, and this freedom has existed since the foundation of the European Community. EU citizens have a right to look for a job in another member state, and even the right to reside there for such purposes, and thus are excluded.

Nonetheless, what is certain is the fact that the story is not going away quietly as many observers had predicted, because the Prime Minister has come out in the open even further suggesting that members of the public should report illegal immigrants to the authorities.

He said: ‘Everyone in the country should do so to ‘help slash the number of people sneaking into .’

Ahmaddiyya's Eidul-fitr message: Importance and Blessings of the Holy month of Ramadan and the eidul fitr 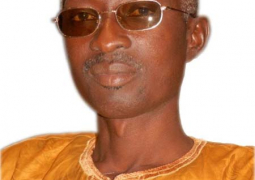