U-17 to Participate in Nigeria Academy Football Tourney

Sixteen players including four officials of the Gambia U-17 team will take part in a six day football tournament organised by in slated for Monday August 17th 2009, says Kinteh, GFA president.

The 16 players that will be selected to take part in the Pepsi football academy tournament will be involved in a warm-up friendly game against as part of the return leg billed for Saturday 15th August in .

The side will on Sunday 16th August leave to take part in the Pepsi football tournament in .

Other invited countries include academies from , , and two another from .

The six team tournament will give the Gambian U-17 team the opportunity to prepare much better ahead of the U-17 world cup in in October.

The championship will wrap up on August 22nd. 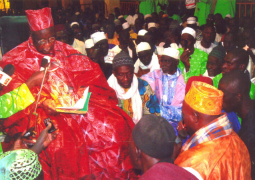 Dr Aboubacarr Senghore has been re-assigned