Testifying earlier, the eleventh accused person (DW11), Sang Sambou, told the court that he lives at Kebu in Casamance, and is a separatist rebel fighting for the independence of Casamance.

He said he had difficulties and decided to flee into The Gambia, adding that upon entering Gambian territory he was apprehended by Gambian soldiers, and his belongings were taken from him, including D5,000, a cellphone and clothes.

According to him, he was arrested at Bajana village and taken to Bullock Police Station, then later to the NIA headquarters in .

Also testifying, the twelfth accused person (DW12), Basiru Jammeh, told the court that he is a native of Bulump village in Casamance, and is a separatist working to attain the independence of Casamance.

He said that there were two groups of separatists in Casamance, and that the conflict was among them because they were attacked by the other group.

He alleged that the other group is now receiving money from the Senegalese government as salary, which his group did not want.

"When this conflict arose, I fled to The Gambia, but before I fled I hid my weapon in the jungle, and later entered The Gambia," he added.

"I went to Bullock Police Station, where I was arrested and searched. My cellphone and money of 7000 CFA was taken from me," he alleged.

He further stated that he was asked by the Gambian soldiers where they concealed their weapons, and told them that the weapons were concealed in the jungle in Casamance.

He said they used Abdou Badjie, one of the accused persons, to go to the place where the weapons were concealed, adding that they were taken to Bullock and later to the NIA headquarters in .

Hearing of the case continues. 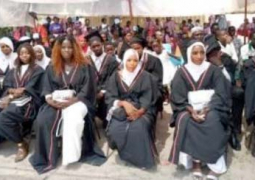