The Tug of War Association of The Gambia (TWAG) was on 8 March 2014 launched at the B.O. Semega Janneh Hall at Serrekunda East Mini Stadium.

Speaking at the launching, Salifu K. Touray, president of TWAG, said the association is a newly-registered sporting association with the aim and objective of developing, encouraging and promoting the sport in the country.

The association will embark on a series of activities geared towards the development and promotion of tug of war at both primary and secondary school level, in regions as well as through the regional sports chairpersons, he pointed out.

Tug of war is a physical sport, he noted, saying: “This is why the executive deemed it necessary and important to invite gym clubs.”

Mr Touray said to maintain the sport, they have to involve schools because they are the ‘breeding ground of any sport’ as far as the grassroots is concerned, saying they therefore need the support of clubs to move the sport to higher heights in the country.

President Touray took time on behalf of his executive to congratulate Ms Beatrice Allen, 1st Vice President of the GNOC, on her recent appointment as Chair of ANOCA Women and Sports Commission and her re-election as IOC Member for another eight years, while also thanking her for her foresight in supporting the tug of war association both nationally and internationally from the onset.

Alhaji Badji, secretary general of TWAG, said to ensure the general public learns more about tug of war, the association will embark on a nationwide sensitization tour to all seven administrative regions to meet Governors, Regional sports committees as well as school authorities.

Tug of war is not completely new in The Gambia as it has been taking place during May Day Mass Sports, he pointed out, adding that what is new is clubs can now compete at both national and international levels.

“As capacity building is key to any development initiative, TWAG will focus on arranging orientation courses, seminars and other programmes for coaches, referees and other technical staff in line with Tug of War International Federation (TWIF) programmes,” he stated.

In the same vein, the national team will also have the opportunity to represent the country at international level, he added.

“In the drive towards the achievement of sports excellence in this country, particularly on the side of tug of war, the association will be working hand in glove with the Government of The Gambia through the Ministry of Youth and Sport as a major stakeholder,” he highlighted.

“As one of the most important partners in development, we would like to work side by side with the media towards the achievement of our noble desires. We believe that no sport can achieve proper development in the absence of the media,” he said. 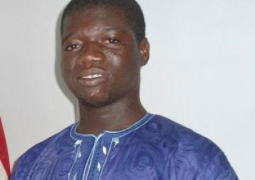