Trust Bank Ltd the has once again demonstrated its commitment to strengthen and support the National Disaster Management Agency, NDMA, by donating a handsome amount of D100,000 to the agency at a ceremony held Tuesday at the Office of the Vice President at State House in Banjul.

Earmarked for both disaster crisis management and prevention programmes, the donation is seen as part of the bank’s annual contribution towards the agency.

Speaking at the ceremony, the General Manger of Trust Bank Ltd, Oreme Joiner, expressed gratitude to the government of The Gambia and its agencies.

He also thanked the Vice President for always making her office conducive for such a presentation.

He went further to register his appreciation for accepting his bank’s donation and reiterated his bank’s continued commitment and readiness in partnering with the NDMA in their work to help disaster victims.

“We have been monitoring the evolution of the National Disaster Management Agency covering from disaster prevention to disaster relief,” the Trust Bank General Manager noted.

He also used the occasion to thank the Agency for their foresight in preventing and alleviating the suffering of disaster victims.

Also speaking at the presentation ceremony was the Executive Director of the NDMA, Essa A. Khan, who expressed his agency’s sincere appreciation and gratitude to Trust Bank for the excellent support the Bank has been rendering to the disaster management system in The Gambia over the past years.

He also used the opportunity to thank Trust Bank for their efficient management of their Emergency Fund Account, describing it as an “effective custodian of the NDMA Emergency Fund”, which he said is also an indication of the bank’s efficient stewardship.

The Vice President and minister for Women’s Affairs, Isatou Njie Saidy, thanked Trust Bank Ltd for their “immense contributions in all the sectors of the economy, from health to education, sports and, most importantly, today to disaster risk management”.

Trust Bank, she said, has been a true partner to the government since its inception, and has significantly contributed towards the socio-economic development of the nation.

The Vice President emphasized the need for disaster prevention due to its negative effects on all facets of our lives and our surroundings, including the economy.

She said disasters impact hugely on our livelihoods, including the economy.

“The timely interventions from the bank were deeply appreciated,” she said, while assuring the bank’s officials of government’s commitment in providing the conducive business atmosphere for businesses to excel. 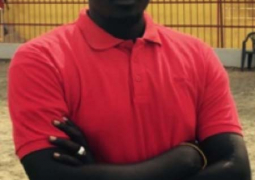 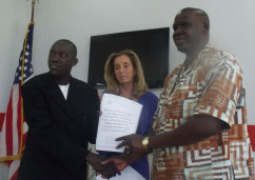 ‘Black History Month reflects on contribution, achievements of blacks in US’