To a lot of people, 16th December may well be just another day of another year.

To us, it means much more than that! It’s a time we dread; a day we will like to be in limbo.

I for one would have like to be in a nightmare, woken up on the 17th and be assured it was all a bad dream, ‘wishful thinking’.

Certainly, one needs to see beyond this being just another day; for  it was when trauma struck a very, very dark hole in our lives; when so many hearts were broken, lives shattered, dreams disrupted, promises failed and all perspective in life lost; when the channeling of all anger and hurt to something more productive is insufficient to ease the pain.

Hard to get over the fact, and harder when the narcissists are still at large. Questions to the delinquents who like to play God. Where do you get off - is it the intense affection for murder, that keeps you and your cohorts going?

Like a cult with like minds, same unsupervised childhood, never been cared for by loving parents; so you are hell-bent on making sure other children ‘s happy childhoods are disrupted to satisfy some weird fantasy.

A murderer is somewhere walking on a technicality; for after 8 traumatising years with no arrests, prosecution, or any proper investigation; to get to the bottom of this, the authorities have immensely failed!

We have asked, called, written, demanded, cried over and over again, but all have been falling on deaf ears. We are, after 8 daunting years, still struggling for answers.

Instead of a proper investigation, it could be argued that all we have heard from the Government is a catalogue of mistakes on their part where the Murder of Deyda Hydara is concerned.

The same Government, which failed in its duty to protect him, still is unable to bring anyone before the courts for his murder.

Individuals have been named and fingers have been pointed, but still the culprits are yet to be arrested. One can only think that, it seems, all forces have been against us from the onset.

After 8 years of waiting in this horrid pain you left us in, we wonder where you are, or simply how do you cope?

Where were you when all hell broke loose?

Where were you when we lost all purpose in life?

Where were you when we cried ourselves to sleep each and every night?

Where were you when no words could comfort us?

Where were you when a 14-year-old boy was being prepared for the most dramatic challenge of his life?

Where were you when decision making was so hard?

When all we wanted, needed or yearned for was our ‘Rock’, whose broad shoulders were enough to carry all worries and calm all fears.

Our father, friend, and confidant. Now, after all we have been through, and only God knows how we came to where we are now - as said before, Allah brought us to this and He shall surely see us through it, ‘Inshallah’.

Hurdles of a family do not get any easier, as this time of the year ‘opens up old wounds’.

Death of a loved one is always devastating; worst when those responsible are criminals who just do it for fun, and proudly boast about how it all went down. You must have lost your sense of purpose, and somewhere along the way lost direction (a case of can’t beat them join them, a means to an end). In a way, we feel sorry for you as you are not only lost, but sick and demented, if you believe drinking yourself mad is going to make what ever you feel bearable!

Deyda’s only crime was the love and dedication to a profession. Journalism was his life; he enjoyed a remarkable career spanning over 30 years. He was able and willing to help whenever he could; his office was open to, all from police officers, NIA officers and even Government officials alike. He advocated for the voiceless non stop; was always ready to challenge any laws that muzzled the press, and was always tiresomely going the extra mile where his work was concerned.

Despite the risks, long excessive hours, demanding tasks, underpay, unappreciation, pressure, threats and attacks, he thrived through never giving in to threats. He was more determined to be heard by the unspoken, and was prepared to die for Freedom, Democracy and Justice, at any cost.

In the end, it cost us all, as he took the ultimate sacrifice, and it cost him his life, and we were robbed of  a loving and devout  husband , dear brother, special grand dad, best friend and colleague, an excellent mentor, a brave editor and, most of all, a perfect and caring father to so many.

We once again express our profound gratitude to The Point newspaper, the Staff, Publishers, Managers and Editors, Subscribers, Friends and family, international media, online newspapers, journalists, radios and media houses in The Gambia (who are never tired in seeking Justice for Deyda)  for your continued support , integrity and solidarity which you have shown from the word go.

There are just no exact words that would describe how much we have been touched by your words and actions, where our dear father is concerned. If we had a few more like you, I’m certain our questions would have been answered.

Thank you all for not denying any knowledge of or association with Deyda.

May Allah protect you all now and always .Thank you, Thank you, and Thank you with all our hearts!

To dad, its 8 years since you were cowardly snatched away from us, leaving us distraught and heartbroken. Our only comfort is that you stood for what you believed in, and left this world with an extraordinary bravery, a champion of your ideals. We will remain committed to getting you Justice. We miss and will always love you, Pa! 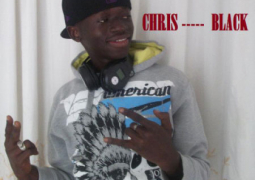 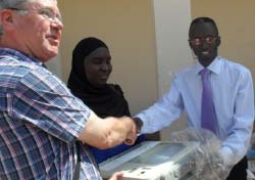