During the last sitting on 10th July 2009, the seven journalists had their case heard in-camera, following the prosecution's application that the witnesses in the case are all state security agents whose identities should not be made public.

While submitting on that day, the Director of Public Prosecutions, Richard N. Chenge, informed the court that the State has filed an amended charge, dated 9th July 2009, to replace the first charge sheet-pursuant to Section 169 - (B) 218 (A) of the Criminal Procedure Code, to address the issue of the preliminary objection raised by the defence.

This was however objected by the lead counsel Antouman Gaye on the grounds that Section 169(b) of the CPC deals with the subsidiary courts and not the High Court.

Defence Counsel Gaye argued that "these charges purely relied on information and the charge sheet is subjected to Magistrates' Court and not the High Court" as he previously submitted.

In response, DPP Chenge stated that "whatever name a charge or information we are amending, is to take care of the preliminary objection."

The amendment in the charges by the DPP was however granted by the court, presided by Justice Wowo, thus resulting in the withdrawal of an objection of conspiracy in count one by lead counsel Antouman Gaye.

Sam Sarr, who represented himself, submitted that "Section 112 subsection (1) and (2) of the Criminal Code is not applicable as far as conspiracy and substantive offences are concerned".

The court at this point ruled against the six accused on his objection to conspiracy and substantive offence in count one.

On adjournment, the court ruled that it should only narrow itself to plea stage, and that it is only at the final stage that it will decide whether or not there was an averment.

Upon reading the charges to the accused persons, all of them pleaded not guilty.

Sam Sarr, the sixth accused opposed the application, arguing that a trial should be conducted in an open court.

The court again ruled that the sixth accused has misconceived the point, noting that the relevant point is for the identities of security personnel to be anonymous, and thus ruled that the matter be heard in Chambers.

Women U-17 set for historic encounter 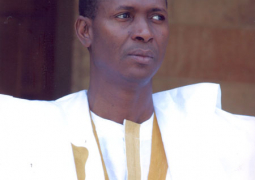