The case involving prison officers Ebrima B. Njie and Edrisa Manga, who were charged with aiding a prisoner to escape and neglect of official duty, resumed on yesterday 1st February 2017, before Magistrate Janneh-Njie of the Banjul Magistrates’ Court.

Ebrima B. Njie and Edrisa Manga were alleged to have aided Alhagie Ceesay, the former managing director of Teranga FM Radio, to escape from custody.

They earlier pleaded guilty, but later changed their plea from guilty to not guilty.

The fifth witness, Madeleine Mendy, who said she is a nurse at EFSTH and lives at Farato, had finished her testimony.

Under cross-examination by the defence counsel, Patrick Gomez, she told the court she was not at the prisons during the time of the alleged escape.

Told that she was not with the accused persons during the time of the alleged escape, she answered in the positive.

It was put to her that it was illogical to state how the alleged escape happened.

In response, she told the court that she did not know how it happened.

At that juncture, the prosecutor applied for an adjournment to enable him to bring another witness at the next court sitting.

The case was subsequently adjourned until 7 February 2017. 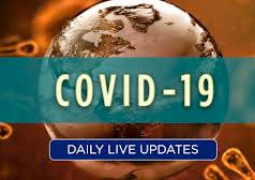