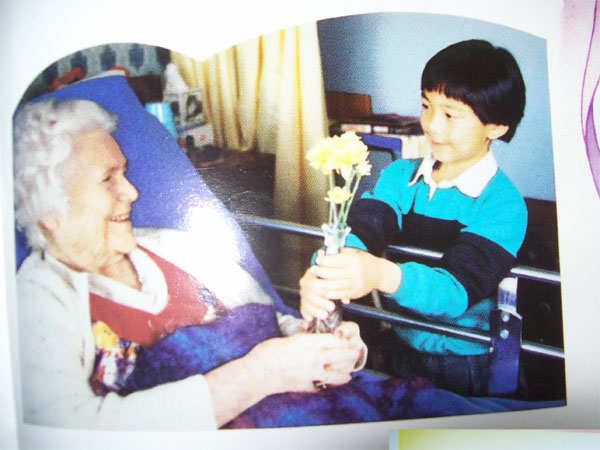 Friendship is a gift, we should cherish it! The elderly would say. When one cherishes something, it is guarded and made important, thus friends are to be seen as one. It is through one thing that friendship comes about and that is the love of God through the love of Jesus who died on the Cross. "For God so love the world, that he gave his only begotten Son, whosoever believeth in Him shall not perish but have eternal life." From this Bible passage we see how many derive their love and extend their friendship without borders. Panorama explores some heart rendering stories that would tell us about the true friendship expected of human beings and more, read on you would never be the same again.

"You will most certainly be shot at also, and we need all the able bodied men that we have," he replied. The soldier disobeyed the CO's order and returned mortally wounded, carrying the corpse of his friend.

"See how foolish you are," the commanding officer told the wounded soldier. "You are going to die, just like your friend, so your action was a waste of time," "No, it was not," the dying soldier replied. "When I got to him, Obangu was still alive, and his dying words were, 'I knew you would come.'

The story illustrates one of the characteristics of true friendship, the willingness to be there for the other. We are prepared to take risks and make sacrifices for our friends.

There is surely a way out to be like this man. Some find God first before they find friendship. A man went to a psychiatrist and he asked him if he could do anything for him. The poor man said, "Where can I find God?" "I am afraid that I can do anything for you," the psychiatrist told him, but where can I find God? The man insisted. "Do you know where I can find Him?" the man asked.

"I don't know where you can find God." He replied. "But if you find a group of people who passionately believe in Him, and join them, they might influence you to find Him.

Our world is full of hatred or jealousy of one sort or the other. It is certainly heavy on some people at home or work places, it is mostly where people live their lives and spend most of their time that hatred or jealousy abounds. Some Christians fail to forgive and tend to take close to their heart the problems imposed on them by others. Jesus Himself suffered and was left to die on the Cross when He had committed no crime that deserved the death penalty. It is not easy to die for even a good man let alone bad ones that you want to help go to Heaven. Misunderstanding, poor judgment and many other vices have blurred the vision of many good people that now take their friends enemies. Pride has made them fear to mend their relationship on a sober note. Breaking our relationship come in many ways but Christians should think positive and note that there is a day called Judgment Day, where every man would stand to answer to what wrongs they did while sojourning on earth.

Our neighbours are the only ones we come into close proximity with and they are the only ones we can satisfy and are the same ones we can discourage intentionally or unintentionally. The sacrament of reconciliation is there to let us mend our mistakes and reconcile with those we offend. But if we are proud to accept our mistakes it won't sound well and easy to make our friendship work. God created the world in total love and friendship, so that we can love one another as He loves us. We are mostly offended when someone else tells us the truth about issues affecting us because we want to hear only the good about ourselves and not to be told the factual fact that is close to our hearts. Many become cross because the truth is said and from there the trouble mounts, the person may throw words and or bring malice between them, a game not to be practiced. The relationship sours and sometimes fighting erupts and many go to police.

To remind Christians of a change of heart and repentance from all that separates us from God, the Church sets aside 40 days and nights to reflect, fast for our sins so as to get His love and continue in the same like for the rest of the year and more.

We came all out to win, says Alagie Sey 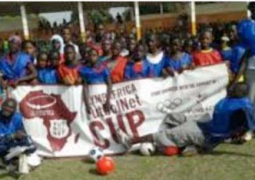