Who killed Albino Luciano, otherwise known as Pope Paul John I? And why was he killed? These are the questions that this engrossing book seeks to answer. Albino Lucino was born on 17 October 1912. His parents Giovanni and Bortola were poor, but they encouraged him to read a lot at an early age; this explains his uncommon clarity of mind, as shown in his ability to express complex ideas and thoughts in simple and plain language. (Highly intelligent people express themselves simply and clearly, without being verbose). It was his mother and the local priest who encouraged his vocation for the priesthood. At the age of 11, Albino went off to the seminary at Feltre. Later, he attended the major seminary at Belluno. At both seminaries, Luciano was known for his voracious reading habit. At the age of 23, he was ordained priest. After the defence of his thesis on 4th April 1946, he obtained a magnum cum /aude and became a Doctor of Theology.

Eventually, he rose to the rank of the Patriarch of Venice. Known for his humility and simplicity, Albino Luciano succeeded Pope Paul VI. In a difficult Conclave, Albino Luciano was finally chosen as Pope on Saturday, August 26 1978. But his Papacy lasted only thirty three days. In trying to find out who killed Pope John Paul l , the author gives the names of the people who could have been ruined by the changes that the quiet but revolutionary pope was about to bring about in the Roman Catholic. Before he ascended the throne, the reeked of corruption, intrigue, cold calculation on a scale that is unimaginable. In Chapter Four 'Vatican Incorporated', the author gives detailed accounts of all the corrupt practices that made the stank. "What would Jesus have felt if he had returned to earth in September 1978 and been allowed into the ?" (P .142). The thrust of the book is that Pope John Paul l was killed because he went all out to sanities the that was at the time already a cesspool of rottenness. "If Albino Luciano was to succeed with his dream of a poor Church for the poor, it was going to be a Herculean task. . . When the cardinals elected Albino Luciano to the Papacy on that hot August day in 1978 they set an honest, holy, totally incorruptible Pope on a collision course with Vatican Incorporated.

The irresistible market forces of the Vatican Bank, APSA and the other money making elements were about to be met by the immovable integrity of Albino Luciano." (PP. 143-144). So who are these people who would have been swept away by the Luciano Revolution? They are: Cody, Marcinkus, Villot, Calvi, Gelli, and Sindola. These were men with links with the Freemasonry, Opus Dei and the Mafia. "At least one of these men had decided on a course of action that was implemented during the late evening of the 28th or the early morning of the 29th. That course of action was derived from the conclusion that the Italian Solution must be applied. The Pope must die." (p. 202).

The untimely death of Pope John Paul I, which the described as "a Divine Mystery", illustrates the saying that in this world there are more successful sinners than successful saints. Though the denies that Pope John Paul l was murdered, the evidence the author marshals out in this incisive and well-researched book proves otherwise. Another book on the same subject matter A Thief in the Night written by John Cornwell also blames the for a cover-up. In God's Name is a well written and highly informative book that is worth everybody's while. It is available at Timbooktoo .4494345/6 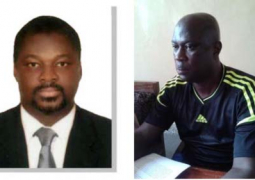 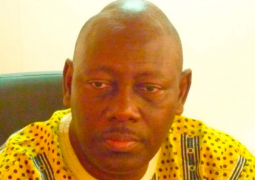