With nine matches played, the twelve-team GFA league is looking more competitive than ever. The Khaki Boys, Armed Forces, who are so far topping the table with 19 points, seemed to be more formidable and better this season and can be tipped as part of the favourites.

Steve Biko is second with 14 points. The Bakau outfit is also aiming for their first league title this season. The team has the product that can do the job.

Another interesting development is that of the defending champions, Wallidan, who made a come back lately and are now third with 13 points with  Bakau United. Wallidan are improving on their performance every game and are still part of the race.

Gamtel and Brikama United also with 13 points are fifth and sixth respectively.

Having registered a better goal difference, the red devils, Hawks are landing on seventh position with 11 points, followed by Real de Banjul with the 11 points as well.

Samger and Sea View who have fallen behind lately are equalled on ten points and occupying 9th position.

Tallinding United who registered their latest win over Samger, are now second from bottom with nine points while Africell also with the same points is at the bottom of the table.

In short, the 2008/9 league season has so far showcased a demonstration of strong contenders and a keen spirit of competition. 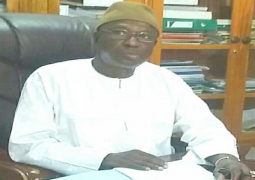