Rescued by a porter after being found drifting in the Karakoram mountains in Baltistan, Pakistan, Greg Mortenson is nursed back to health by locals. His original mission was to climb K2, the second highest peak in the world, which also happens to be the most perilous, its sheer ice sides luring the most resilient of explorers. Of course, the stubborn and intrepid Mortenson thought he could climb it in three months, but on this particular attempt, he lost the porter carrying his luggage, tent and food, and so crawled sick and weak towards what he thought was the village of Askole.

The obscure hamlet he found was not Askole but Korphe, a remote place inhabited by charming and enquiring Pakistani people, but as of yet uncharted. This mishap was to change his life forever.

His mountaineering career was replaced by one of humanitarian work, after observing the appalling school conditions and equipment that local children were faced with. Schooled outside in the snow, drawing only with sticks in the ground, Mortensen envisioned a better future for the youth of Baltistan, and so set to work.

He promised to return to the area and build its kind inhabitants a school. Enlisting the help of mysterious financial backers, fixers, porters, former Taliban fighters who renounced violence to aid his cause, and mountaineers from all over the globe, he surpassed the goal of building a school. Over a period often years, he built not one but fifty schools. The book follows the humble foundlings of his dream, all the way to Sir Edmund Hilary's appraisal of such a feat, and International acclaim.

Capturing such an adventure story as both a romance and thriller would have been no mean feat for any journalist, yet David Oliver Rein (who worked closely with Mortenson to recount his journey in the mountains) manages to do so with remarkable sensitivity. He does not shy from highlighting Mortenson's less flattering personal traits, and the many mistakes that he made in his project. This is what gives the book its remarkable clarity, the gritty humanity of resilience that runs through the work.

The work will of course appeal to those who are interested in the region, or exploring in general. A detailed map is helpfully inserted before the Introduction to give a thorough geographical context to the work. Also readers who may have a keen eye for investigative journalism, and even more ideally to human interest stories woven around times of political strife, such as 'The Killing Fields', 'The Kite Runner' or 'The Constant Gardener' will enjoy its pages (centre-section sepia photographs of those who aided Mortensen, children and professionals alike, only add to the inclusive diary/documentary feel of the work). It is a beautifully crafted observation, even categorization, of charity, surprising compassion and sheer luck. 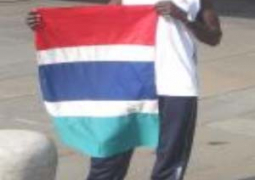