The build-up to the forthcoming elections in Kenya is, no doubt, showing interesting developments with the announcement by two former bitter political rivals, who have also been indicted by the International Criminal Court (ICC), that they have formed an alliance to contest the poll.

Candidates Uhuru Kenyatta and William Ruto have both been indicted by the ICC over deadly post-election violence in 2007, and are due to stand trial after the vote in March 2013.

At their joint rally on Tuesday in Kenya’s Rift Valley, Mr Ruto said: “The ICC cases have formed the basis of debates, but we are going to prove them wrong [and show] that Kenyans are united and want peace.”

Also on a visit to Kenya to support electoral preparations ahead of the March 2013 vote, former UN Secretary General Kofi Annanhas urged Kenyans not to vote for politicians facing trial at the International Criminal Court (ICC) in next year’s election.

Mr Annan, who is the African Union envoy overseeing the election, said Kenya’s external relations could be damaged. He told the BBC that any Kenyan leader must be able to travel to meet other heads of state and be trusted by the international community.

While we do not want to be seen as passing judgment between the two indicted Kenyans, and the ICC, we would once again use the medium to urge all parties involved in resolving the problem to exercise restraint, so as to save the people of Kenya from any further violence.

Though we quite agree with the former UN Secretary General, we would like to urge the ICC to hold on for a while with the trial against the two Kenyan politicians in the name of peace, especially in the build up to the elections.

Under the ICC, African states that are signatories to the agreement establishing the court are obliged to arrest anybody indicted by the ICC.

To us, the African Union should also seek for a deferment of the arrest warrant, as this in our humble opinion would complicate peace efforts in the already troubled region of Darfur.

For too long a period, Africa and its people have suffered from wars, diseases, while the rest of the human race continued to move forward.

The International Criminal Court must consider the implications of such moves and weigh both its positive and negative effects on the people of Kenya.

Not only have the people of Kenya suffered long, but lives of both the women and children have been lost. 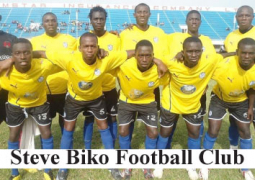 Diamond Fitness Tourney round up