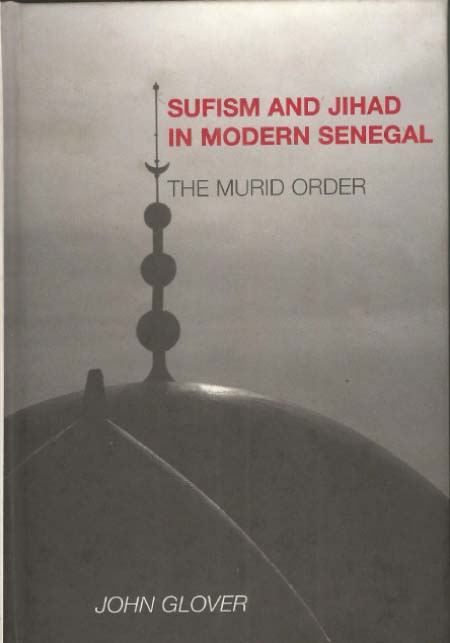 This is one of the mostrecent books on the history of the illustrious Islamic scholar and servant of Allah, Mam Bamba Mbacke, of Touba, the founder of the Mouride sect. Since Marty’s book on the Mouride in 1917, this sect of Islam found mainly in Senegal but with adherents or talibes throughout the world, has elicited a huge and growing literature. In the 1970s scholars like Conor O’Brien wrote on the subject to much acclaim, and many Senegalese scholars like Amad Babou have also written on the Mouride and their founder Mam Bamba Mbacke. John Glover, who teaches history in the USA, therefore is treading a well beaten path; but he is not repeating any of the previous scholars on the subject.

John Glover writes in page 69 that Mam Ahmadu Bamba Mbacke’s father Momar Anta Saly died in 1881, bur not before he had formed his son into a redoubtable scholar and mystic. MaM Bamba began to renounce all forms of political power and temporal affairs and focusing on the worship of Allah. Soon this won Mam Bamba Mbacke a lot of disciples or talibes and a also a lot of enemies.

Soon Mam Bamba was arrested; first in 1895 charged with fomenting an uprising against colonial rule and sentenced to exile in Gabon. He returned in 1902, and was again arrested and sent into exile to Mauretania. In 1907, he returned and was forced into house arrest in Jollof until 1912.  From 1912 until he passed away in 1927 Mam Bamba Mbacke remained in house arrest in Diourbel, page 93.

The author then reflects on the career of Mam Cherno Mbacke, who took care of Mam Bamba’s family and dara while his brother was away in Exiles. Mama Cherno contributed greatly to the development of the Mouride brotherhood.