According to the Secretary of State for Finance and Economic Affairs, Mr. Moussa Gibril Bala-Gaye, we cannot ascertain exactly for now the details of the impact of the world financial crisis, the credit crunch, and rising food prices will be on our economy and people. While this may be true at the moment what we do know is that there will be an effect. We need to brace ourselves for the coming crisis and ensure that it has the smallest possible effect on the population. All over the world economies and banking institutions are reeling from the effect of this crisis so it is highly unlikely that we will escape unscathed.

Mr. Moussa Gibril Bala-Gaye presented before Members of the National Assembly, Estimates of Revenue, Recurrent and Development Expenditures of the government of The Gambia for the fiscal year 2009 last Friday. He said The Gambia's economy has performed magnificently, but that serious challenges from outside have started to emerge in 2008. He said that the situation might continue into 2009.

The budget, which runs across all sectors of the economy, highlighted key primary areas ranging from Education, Health, Agriculture and Communication with particular emphasis on poverty eradication.

"We have seen the value of our imports drop, and so our revenues on non-oil imports. All we know is that remittances, tourism receipts, foreign direct investment, and aid flows may be affected. Some challenges have already emerged, and, perhaps, more formidable challenges may come sooner than later," he said. We can take some hope from the secretary's statement that the government will take the necessary policy response to dampen the impact of these on the Gambian people. "More importantly, Government will continue to monitor closely the situation, and ensure that deposits and savings are safe through tightened bank supervision and monitoring of potential risks. The government will also ensure more transparency, accountability, and oversight functions in our financial system," he said.

These measures need to be effective and watertight because even the best safeguards will not be effective in some cases to spare us the worst of this coming storm. 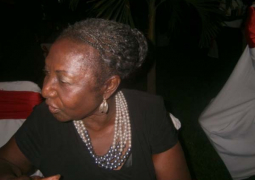 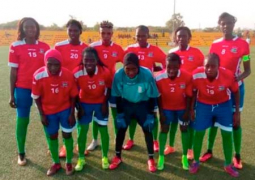 Queen Scorpions leave ahead of WAFU-Zone A tourney