The recent donation of US$700,000 to the President's Empowerment of Girls Education Project (PEGEP) by the Government of the Republic of China () is once again another manifestation of the cordial ties between and .

The Taiwanese ambassador to The Gambia, His Excellency Dr Richard Shih, presented the cheque on behalf of his government.

The money forms part of ROC’s annual contribution to the President's Empowerment of Girls Education Project.

It would be recalled that it was also in this month last year when ambassador Shih made a similar presentation of $700,000.00 to PEGEP.

In fact, according its ambassador to The Gambia Richard Shih, has been supporting PEGEP for the past ten years.

Meanwhile, since its inception, it is quite true to state that PEGEP has provided support to several thousand girl-students.

The project initiated by the Gambian leader, President Yahya Jammeh, for the sector and supported by partners like the government of is said to be making a great impact in the country's education sector.

PEGEP has made it possible for many children to go to school or continue their education.

PEGEP, we learnt, covers the tuition fees of students (girls) in upper basic and senior secondary schools including madarasas, as well as those at national and international tertiary institutions.

All these, to some extent, would not have happened without the continuing and generous support of the Republic of China on .

Such a meaningful project for empowering the girl-students in The Gambia is essential, and we are pleased to see it making a great impact.

Once more, we would like to thank the people and Government of the Republic of China on for being so supportive of The Gambia's overall development endavours.

Over the years, has made significant strides in support of the key sectors of the Gambian economy such as education, health, agriculture, and infrastructure.Other than PEGEP, is providing scholarships to many students at the .

The Taiwan International Cooperation and Development Fund (ICDF) is also providing scholarships to many Gambians studying at different universities across .

We urge the officials of the project to ensure the judicious use of the resources being provided by the initiator President Yahya Jammeh, the government of and any other donor that might put their resources into PEGEP in the interest of Gambian girl-children.

Constant and regular monitoring of the students’ performance in schools, and timely payment of tuition fees will enhance the effectiveness and sustainability of this great project. 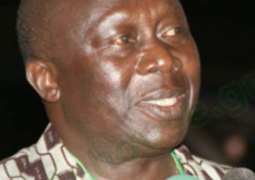